What started as a  simple correction on many of the 2022 Projected Pitcher cards, resulted in much easier to read pitcher cards.

This picture is of the first game using these cards - and if you look closely you will see the new 2022 Projected Pitchers  are much easier to read then the Projected Batters. We play with our 1978 Board and Fast Action Cards, but you can also play for free using this Statis-Pro baseball Game.

In this two-game series, the New York Yankees blasted the Chicago White Sox 7-2 and then 5-3. The reason the dueling ace closers Liam Hendriks and Aroides Chapman are both in the game is that we play two game series with each reliever allowed to be used in one of the two games, so this was a use them or lose them. In addition we count a 5-run win as a 3-game sweep - so Hendriks was in to stop the Yankees from winning by five, and Chapman was in to save the win. 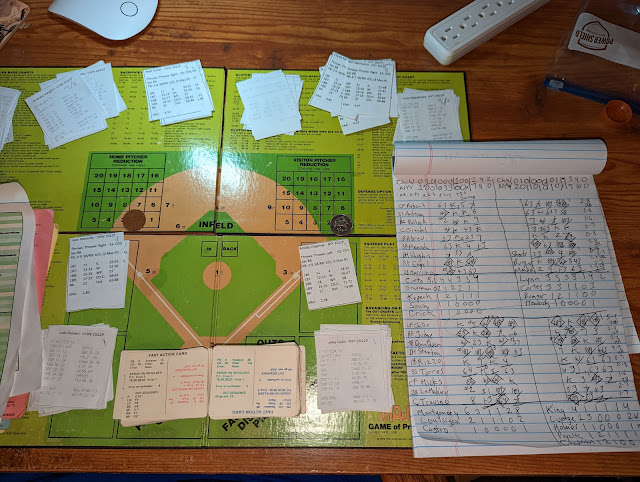 Unrelated to the new cards, the White Sox received a huge boost when we checked rosters and added three White Sox pitcher's who did not have cards. We just hand wrote these new additions. For Giolito, we copied his 2021 projected cards, and for Cueto and Lynn we used the standard replacement card for a pitchers with an ERA of 4.01 to 4.59. 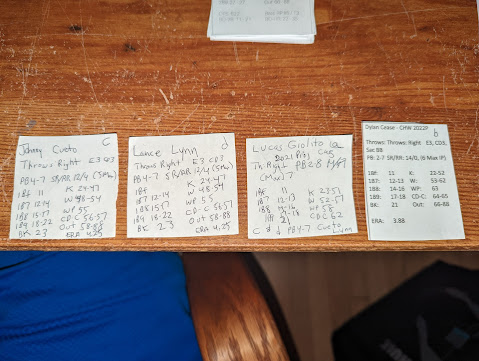 To insert the other new pitcher cards for both teams before the series, we laid them out in alphabetical order to replace them for where they were in the rotation or bullpen. You can see the different in how easy it is to read Cole's new card. 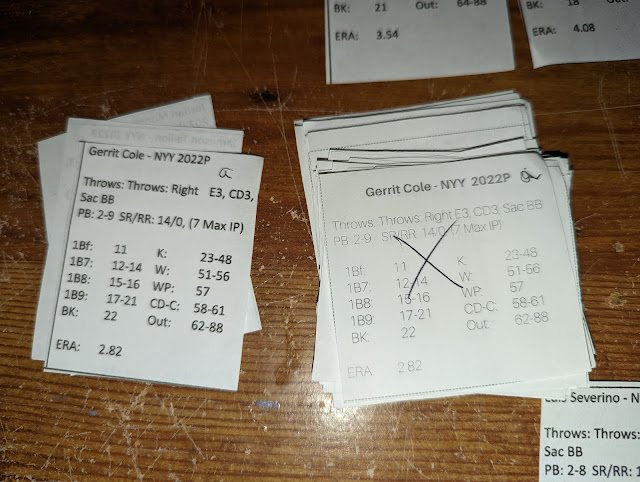 Here are all the new pitcher cards for both teams, though some are not currently on the 40-game roster and thus will not be used in our game. 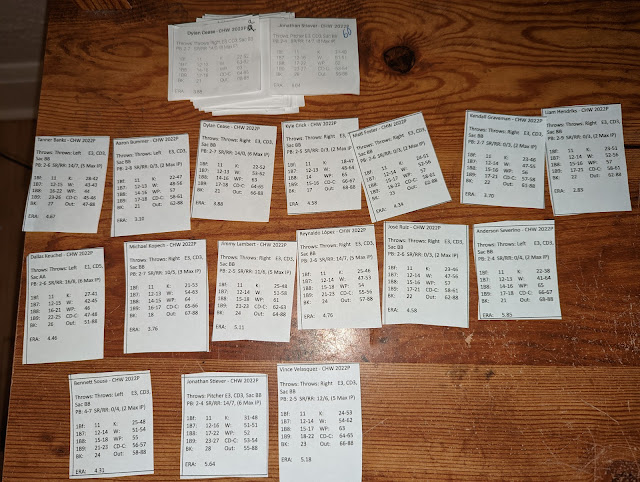 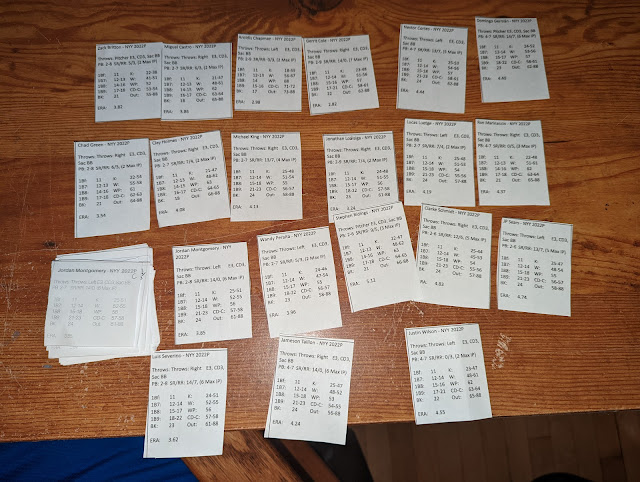 As for the actual results of these first two games with the new pitcher cards, the Yankees have not run away with it like in real baseball, but they are in 2nd in the 10-team league and one game behind the Blue Jays.

Giancarlo Stanton looked like the sure series MVP when he hit a 3-run homer to chase Cueto as part of hits in his first four bats. However leadoff hitter Joe Gallo hit 3 homers after that. Both finished 5 for 9 for the two games. The Yankees are now 22-14, not as good as in real baseball but still just one game behind first place Toronto - and in our league teams do not get to stack up wins against the bottom five teams in the league, since we only include the top 10 teams in the league. 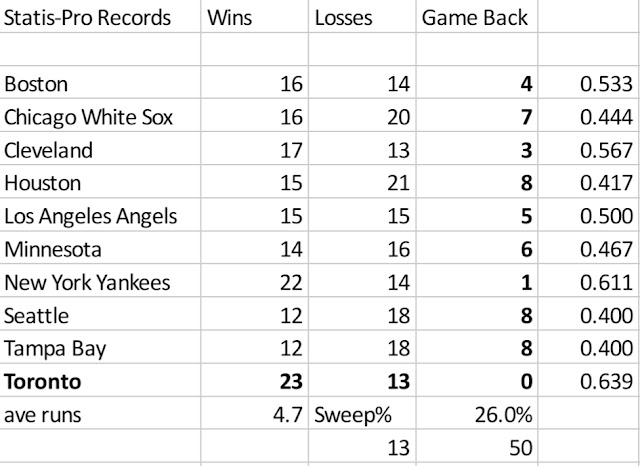 Email ThisBlogThis!Share to TwitterShare to FacebookShare to Pinterest
Labels: Baseball Board Games, Board Games, statis-pro