Shohei Ohtani dominated for 6 scoreless innings and blast a 2-run homer, leaving the mound with a 5-0 lead that would have given the Angels credit for a 3 games to none Statis-Pro sweep.

However the ChiSox destroyed the weak Angels bullpen. Tim Anderson capped 4 doubles in the first 7 batters against Angels relieving to tie the game 5-5, and the Angels won 9-5. Anderson went 4 of 9 in the series.

In the 2nd game the ChiSox new pitching depth described in the previous blog was the difference as Kopech pitched the last 3 innings in a 3-1 win. For the series the ChiSox relievers pitched 7.1 scoreless innings while the Angels relievers gave up 9 runs in 5 innings.

Click for the record of all games and the standings. 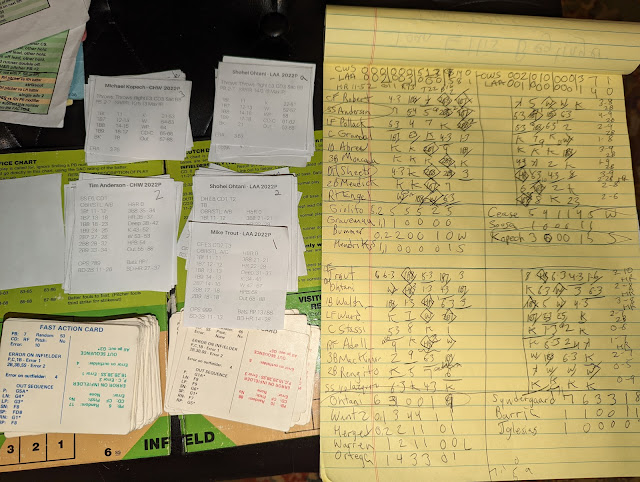