No firm plans yet for our next Statis-Pro World Baseball Classic, but I'm consider a new set of cards representing 16 states or countries of birth. Here is how the seeds set up as a preliminary perhaps 2 out of 3 in each round. If I get further, I will produce a new set of Statis-Pro cards grouped by these 16 teams based on place of birth. 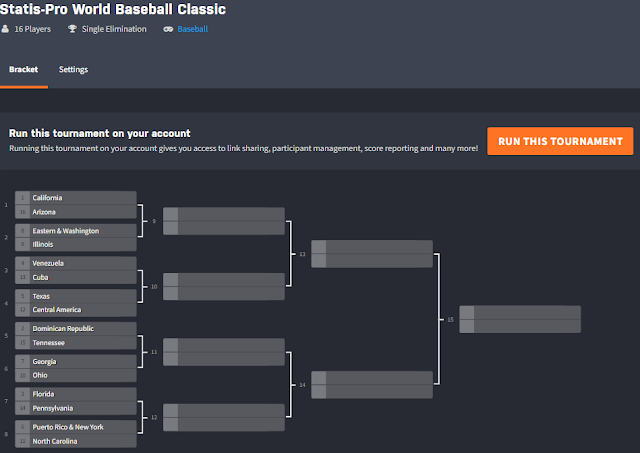 I had to do some coupling to feel confident I'd have both enough pitchers and batters on each team, so below you can see all the states and countries, but also how I grouped them. Seattle is a gateway to to Asia in some ways, so couple players from Washington State with the Eastern Hemisphere. New York has the biggest Puerto Rican population, so coupled them. The only other is the three Central America teams (Mexico, Panama and Curacao) all on the same team.

If I were seeding them just by number of MLB players then this would be the order.