Jose Ramirez's grandslam in the second inning started a 14-2 route of the Red Sox, and the Indians finished the series in 3rd place at 21-15, behind only the Blue Jays and Yankees.

Based on our league rules, the Indians received credit for a 3-game sweep for that win (ahead by at least 5 runs at the end of the 8th inning), and led 3-1 for most of the second game to have the chance for a 5 games to 1 series win. However, Enrique Hernandez hit a 2-run homer in the top of the 8th inning to tie it 3-3.

In a battle of closers, both the Sox Matt Barnes and Indians Emmanuel Clase pitched scoreless 9ths, but then had to both pitch the 10th despite both tiring (reduced PB).

Hernandez came through again with a deep drive to left that was caught, but allowed Bogaerts (who started the inning at 2nd base) to score the winning run, and Dalbec added a 3-run homer later in the inning for a 7-3 win. 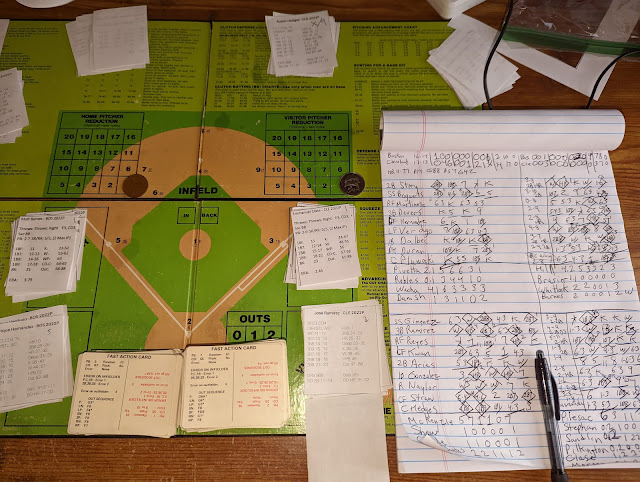 Posted by JohnPudner at 1:38 PM