A big double header sweep by Florida against the team the won our "present player" championship - the Dominican Republic. It was the ultimate pitchers' diel for the entire double header with Pedro Martinez and and one of the first two great Dominican MLB players (along with Felipe Aloud) Juan Marichal every but as unhittable as Florida's Jacob deGrom and Steve Carlton.

In World Cup soccer form, we played our first Statis-Pro World Baseball series in 2018 using current players, and the Dominican Republic defeated Venezuela 4 game to 2 in the final championship. The regular season summary showed the Dominican's domination against five other international teams when using current players, while Florida was the #1 seed over #2 California in the 8-team US born division. However, when using the best players from the entire history of MLB, California appears to be the dominant team. 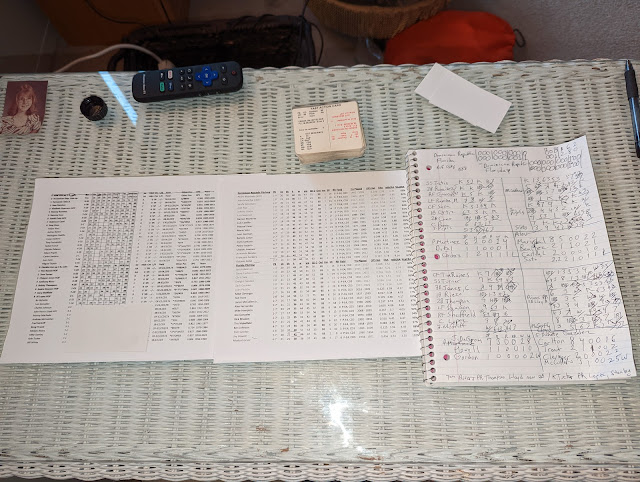 Posted by JohnPudner at 6:05 PM