The Statis-Pro World Baseball Classic teams are now ready to play, with the 12 line-ups and reserves on this google sheet and below in this blog.

The corresponding teams' pitchers were posted here, with this google sheet.

The batters cards for when those pitchers bat was posted here, and on this google sheet.

If you print out those player cards for any of the 12 teams you want to play against each other, then pull up this free Statis-Pro Baseball Game rules for the rest of what you need for a game.

While the game can be played as is, there will be additions. Currently all fielders have "average" fielding ratings, and batters are simply listed as switch hitters because we have not listed which are right- or left-handed, just as we have not added whether each pitcher throws left or right. The pitchers are shown as "SP" (power-hitting switch hitter) or "SN" (normal switch-hitting) so that when we update for who hits right or left, we already note if they were calculated as a power hitter or not.

While every player has three DEEP numbers that can fly out of the park in modern games or be caught in a dead ball era game - the only player in the league to also have 7 home run numbers is Fernando Tatis Jr. Unlike the All-Time 60 great teams, these stats are based on a players entire career, not just one big season. Therefore even Barry Bonds does not have the home run range Tatis has because for many years he was a base stealing star without huge power.

Our two regional teams each include players from three countries:

The Central American team is pretty evenly split between players from Panama, including Rod Carew and Mexican players, in addition to a couple from Nicaragua. 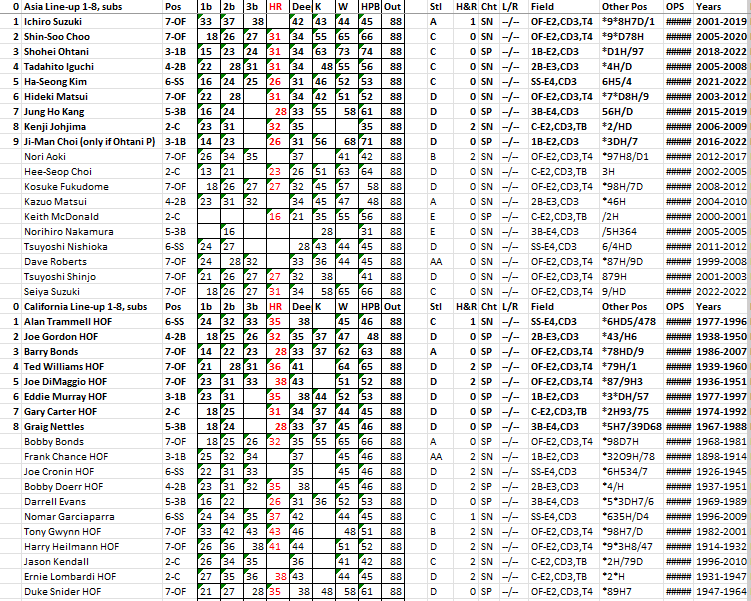 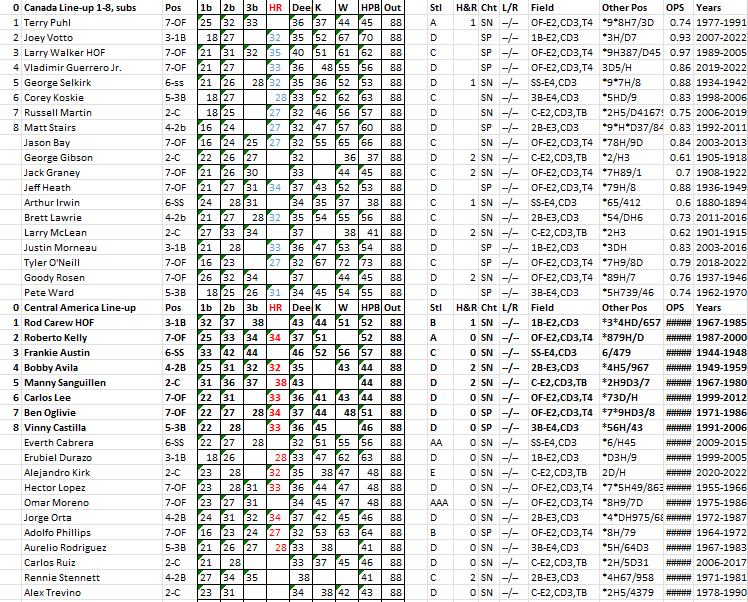 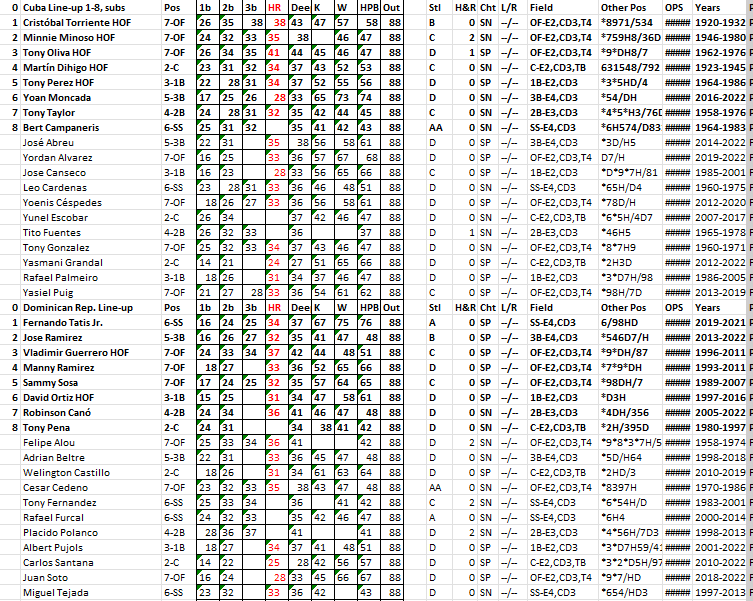 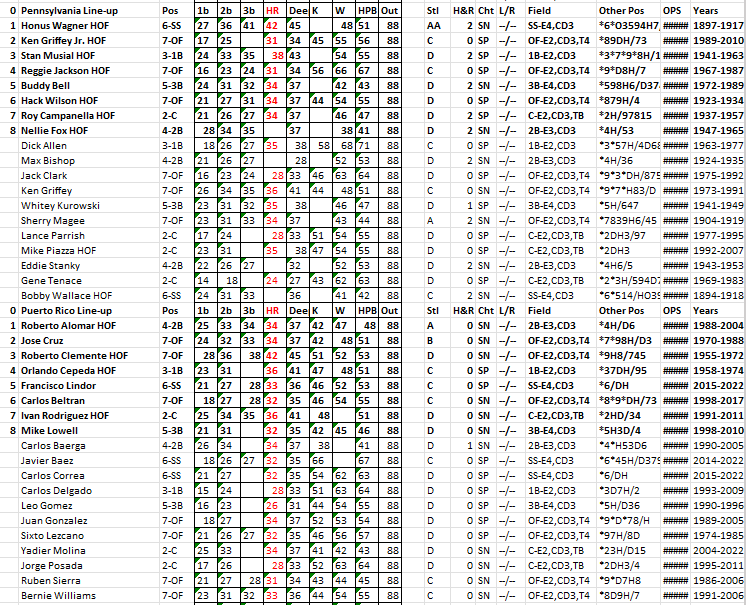 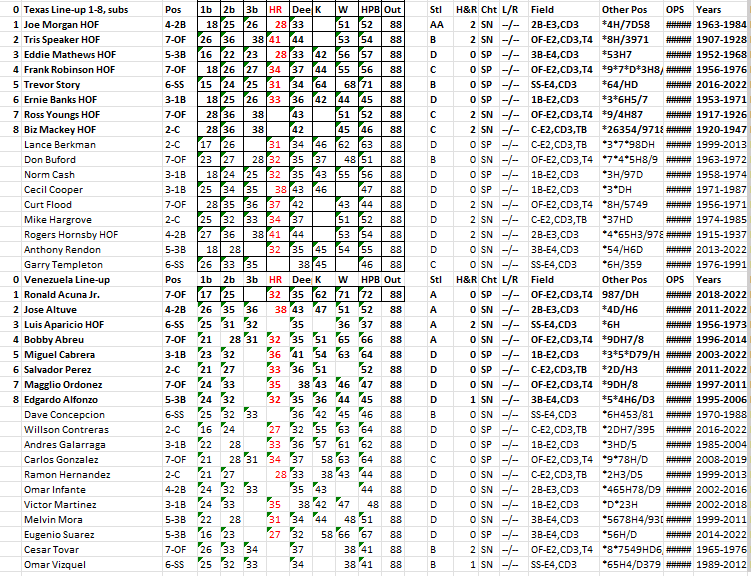 Posted by JohnPudner at 1:04 AM