The following are the sheets for when a pitcher is at bat in our all-time World Baseball Classic Statis-Pro Game. I plan to make this available in a pdf form like the all-time great MLB teams, but for now I do at least have it on this google doc if you find that easier to print than the images below. They are divided into six images - 2 teams to a page for the 12 total teams.

Not counting Ohtani - who normally hits as a DH - or players like Marylander Babe Ruth who were born in places that do not have a team in may game, the following are the greatest hitting pitchers in our game - while Hall of Famer Hilton Smith from the 30s and 40s nudging out the more recent "Big Z" Carlos Zambrano.

Keep in mind Zambrano, Sabathia, Lemon and Gallardo's two home run numbers on their cards are the equivalent of four home runs on a batters card, since the action is on the pitchers batting card every at bat - vs. just half the time for a normal batter. Therefore those four are legimate power hitting pitchers.

Each team - representing a country, group of three countries or a state - has 18 all-time pitchers and 19 batters. We will still need to create the batters cards and pitchers cards, but we listed who the players are in previous blogs. 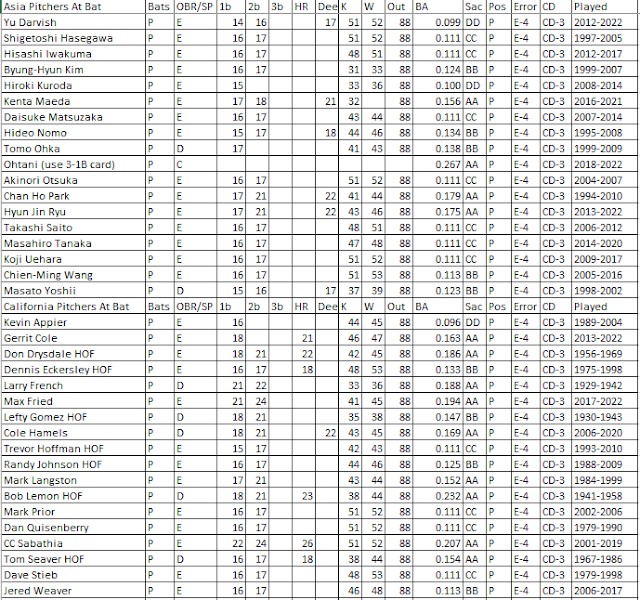 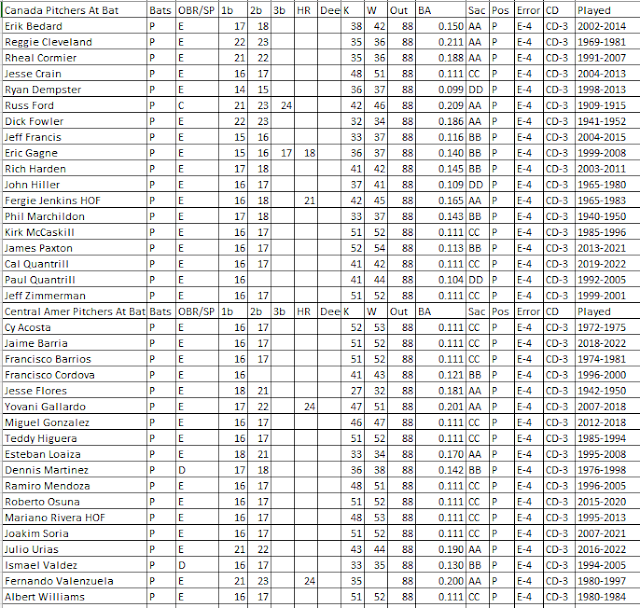 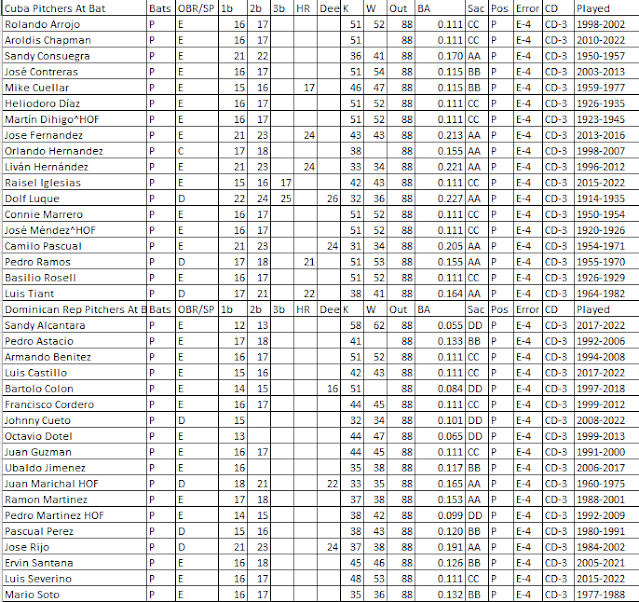 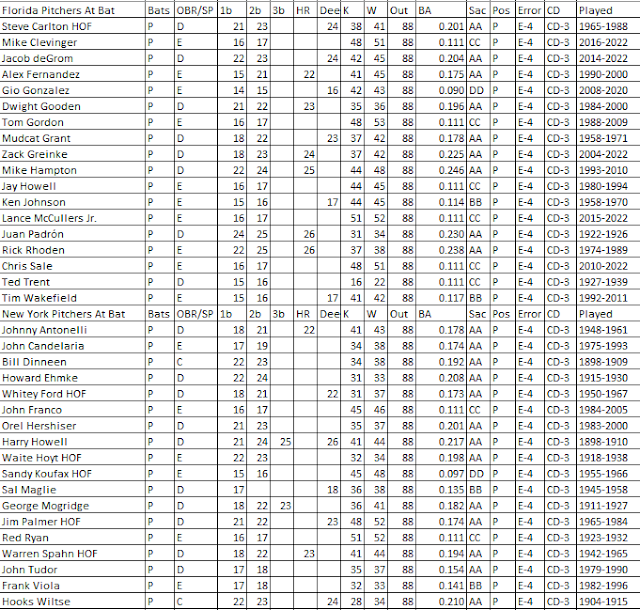 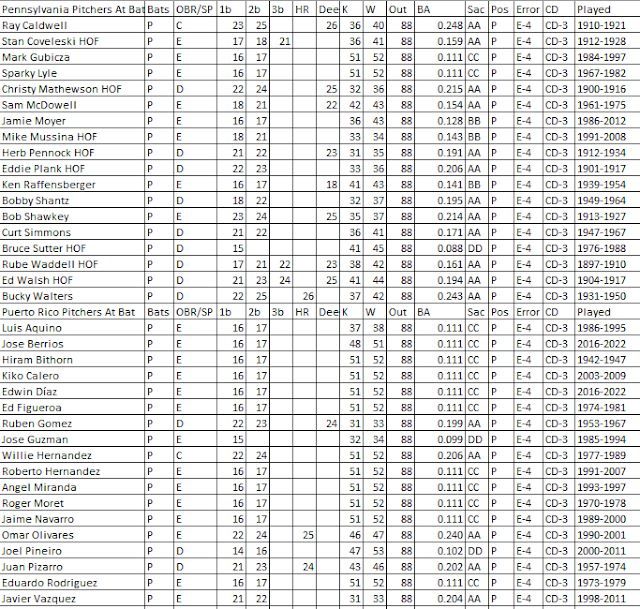 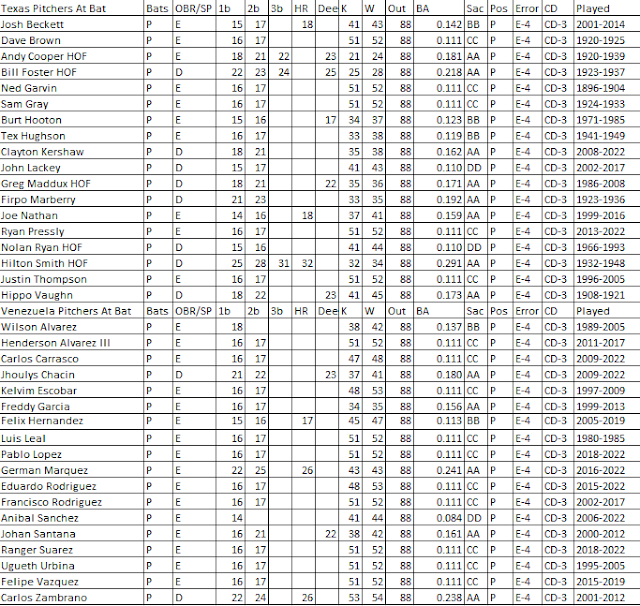