The Dominican Republic ran away with the regular season to claim the World Pennant by scoring twice as many runs as they allowed, making the real competition to see who would finish second to play them in a series. While Canada and Cuba finished 5th and 6th, they had the most exciting batter (Canadian Vlad Guerrero Jr.) and pitcher (Cuba's Chapman allowed only an Altuve single in 20 batters faced).  . Venezuela finally took second when they beat Cuba and Japan eliminated Puerto Rico in the final game of the season. The blogs on the regular Statis-Pro season as well as the real-life tragedy of the real-life deaths of Venezuela has all been moved to this blog.

MVP and Cy YoungThe players who did the best in the Statis-Pro season are noted below as our "Cy Young" and "MVP" Award Winners based just on the 10-game round robin - where anything can happen.
We did put weight on three incredible fielders to put them at the top of the list.

Below are accounts of the regular season.

2. If Canada wins both games over the Dominican Republic by at least 5 runs then they go to the playoffs with a 17-13 record the Dominican Republic is eliminated. In any of the other scenarios the Dominican Republic is in the playoff and will face either Puerto Rico or Venezuela. (Paxton and Taillon vs Salazar and Severino) UPDATE: After 4 inning scoreless pitching duel between Canadian Paxton (who just went from the Mariners to the Yankees) and Salazar for the Dominion Republic, K Marte singled in the 5th and 10 of the next 17 Dominican Republic batters scored to make it 10-0 after six innings en route to a 12-3 sweep. Ramirez stroked a 2-out, 8th inning homer in the second game with Jansen ready to come in if anyone reached base, giving the Dominican Republic a 6-5 win that capped a dominant 21-9 final record to win the division by 5 games while doubling their opponents scoring 6.2 - 3.1 runs per game.

3. If Puerto Rico finishes 3-3 or better vs Japan, or if they finish 2-4 but hold Japan to 5 or fewer total runs then they are the other playoff team. If not, then Venezuela is the other playoff team. (Berrios and J Lopez vs Ohtani and Darvish). UPDATE: Ohtani almost single-handedly eliminated Puerto Rico with a complete game 1-hitter in a 4-0 win, then scored 3 runs in a 9-2 finale to credit Japan with a 5-1 record for the series, and leave them tied with Puerto Rico at 15-15, clinching the playoffs for 16-14 Venezuela.

Added note: Ironically I was playing off a Statis-Pro baseball tournament to see if Venezuelan all-stars or any country could catch the loaded Dominican Republic team, when I heard the tragic news. The caskets for Jose Castillo, who I assumed was one of the best lefties in the game before I realized it was the former Astros infielder, and slugger Luis Valbueno were being carried across a baseball diamond.  Valbuenas put the Astros on the verge of the 2015 World Series with this 2-run homer off the otherwise unhittable Johnny Cueto (his card that year with huge power 6 home run numbers and many walks and hit by pitch for a great ops in the toughest hitters park of the last few years). They were killed in an apparent gang attack in their car. RIP 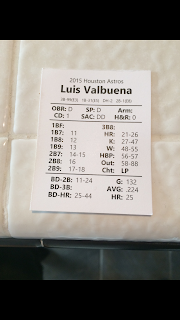 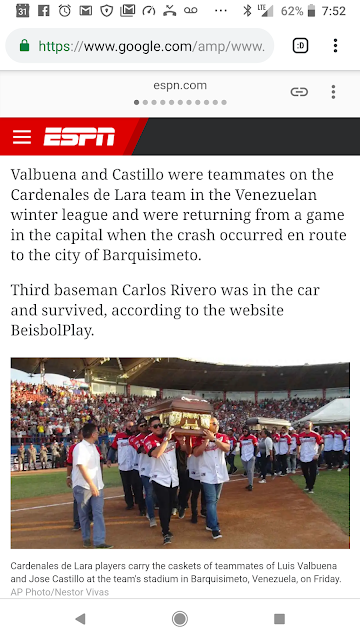 Original Story on Standings Prior to Final Series


Here is each team's Game Log against each opponent. The team is listed, then which pitcher started for them, how many runs they score, if they were awarded 0, 1, 2 or 3 WINS for the game, the opponents pitcher, runs allowed, and how many losses they were awarded for the game. For example, Canada beat Cub 4-3 and gets credit for winning a "series" 2 games to 1. They lost to Cub 2-4 and are credited with losing that "series" 1-2. They beat Japan 11-2 and because that was by at least a 5-run margin it counts as a 3 games to none sweep in that series.

We decided to use these rules to fairly distribute the number of innings each pitcher on the staff can pitch. (as noted above, if a team wins a series by at least 5 runs without going extra innings they are credited with a 3-game sweep, but otherwise a 2 game to 1.) All match-ups are two game series.

Starting pitchers. In each two-game series, each team pitches either ace and 4th best starter OR 2nd and 3rd best starter to avoid one team having their 3rd and 4th pitcher face the 1st and 2nd best pitcher from another team.

If SR runs out for pitcher he can finish inning with no reduction. Through the 6th inning he can pitch one more inning with a PB reduced by 1.

Relievers pitch 1 inning every 2-game series with following and can also finish inning if RR runs out BUT with relievers reduce PB by 1 as soon as RR hits 0. If reliever comes in during an inning they can EITHER finish the inning OR go into the next inning with a PB reduced by 1 for that inning BUT in that case they must come out after 4 total batters faced.

To keep from running out of pitchers, we never reduce a pitcher below a PB2-5, and if a team trails by at least 5 runs they can leave their worst remaining pitcher in as long as they want, but pitching as a PB: 2-5. Every team can pitch an unlimited number of innings with the "Extra Pitcher" and his PB2-5 line.