We rescheduled a few games on our Value Add Basketball Game game log in order to continue to get top teams up to at least three games played.

The two teams that were scheduled to play those two teams will now play each other for a super matchup of big men, Shaq's LSU team against Bill Russell's San Francisco team.

UConn will still need one more game played after that to hit three games, so they will play the next highest ranked team with fewer than three games played - #39 Michigan 1965.

After those we will get up to three games played through the top 44 teams with #40 Iowa 2021 plays both #43 Illinois 1943 and then the highest scoring team ever, #41 Loyola Marymount, who is 1-1 averaging 120 points scored and 110 points allowed both games.

Pages 6 and 17 provide the cards for the biggest left Arkansas vs. UConn game. 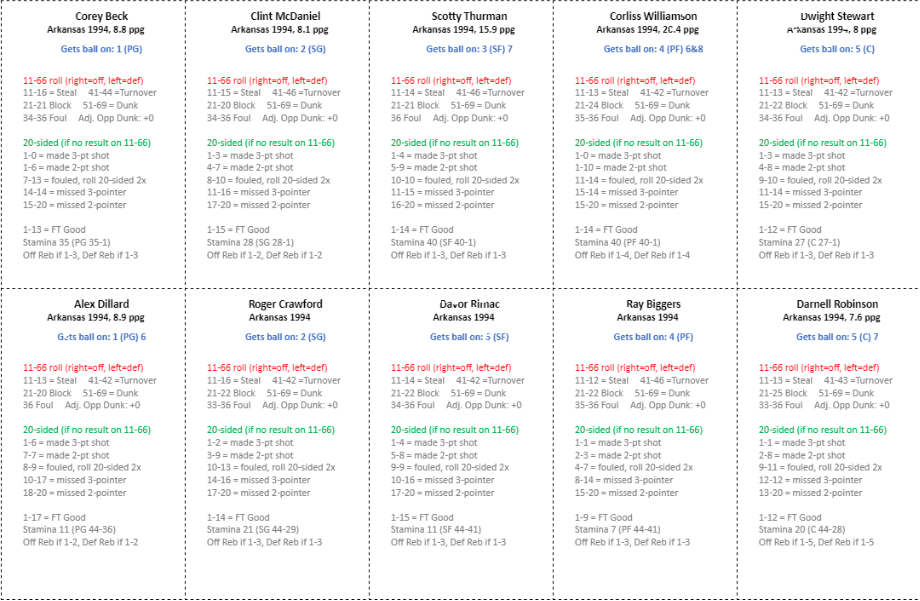 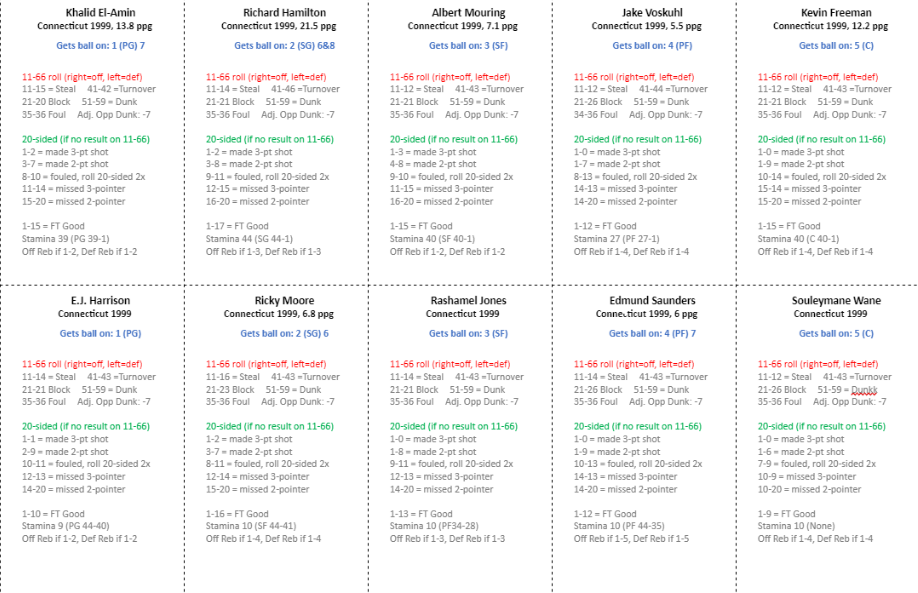 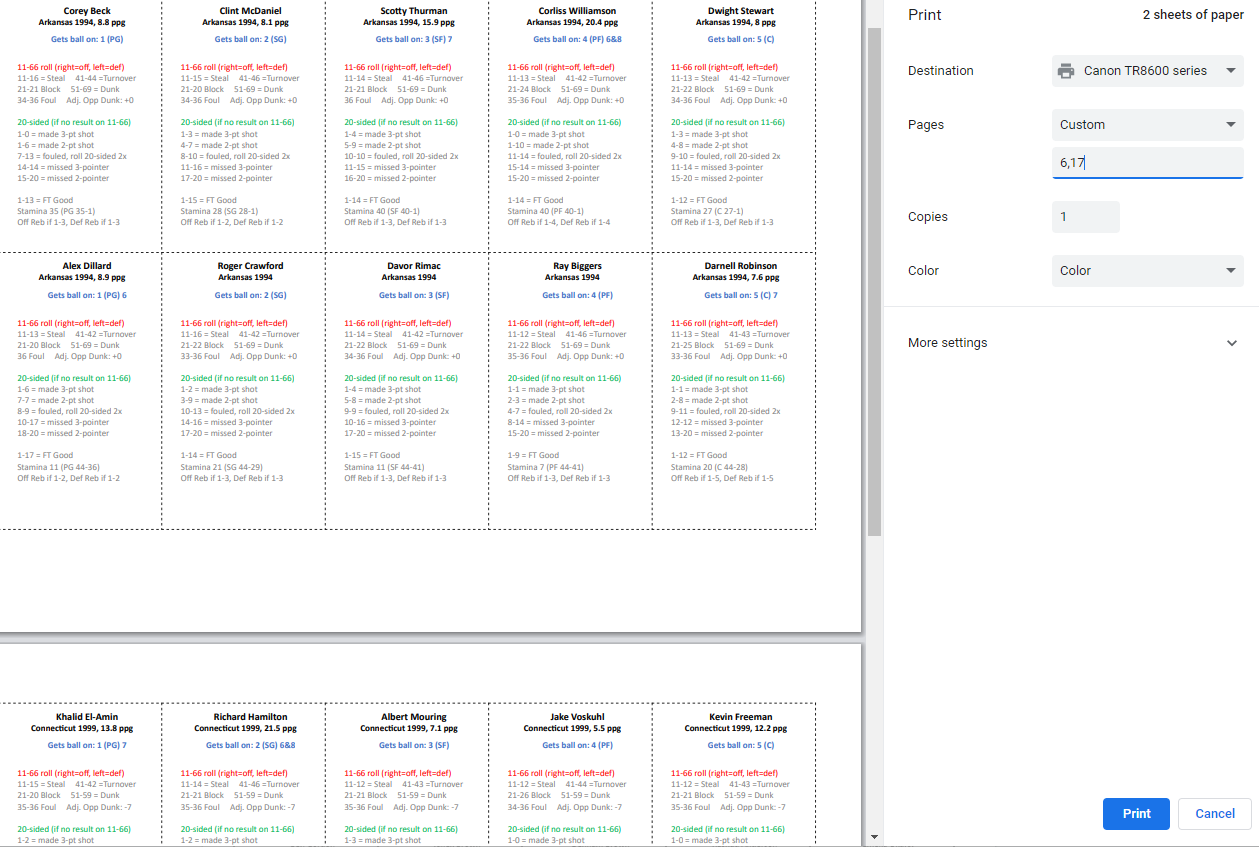