The following are the rosters of Statis-Pro baseball cards we are using for the divisional games in our "South & East" Division. During the season we keep up with big trades, to keep the rosters pretty close, but we don't move the players cards in and out with all the changes in modern Major League Baseball.

1. If a player is on the roster and we already had a Statis-Pro card (or temporary card) in our deck for the games we'd been playing, then obviously the remain in the game and under "Last Update" it simply says "Roster."

2. If a player we had on the team was injured but is at least rehabbing (including in the minors) to prepare to play again we keep him in the game and note the last transaction update below.

3. If a player was sent to the minors or injured within the last two months then we leave them in the game.

4. We ditch a player if they were released or traded, were not on the roster and are on 60-day DL and not yet rehabbing, or if they were sent to the minors more than 2 months ago and have not returned. Most if these players we ditch, but a key player like deGrom we keep in the stack and just mark them to check the tramsactions wires regularly to see if they start pitching again.

5. "Temporary Card" indicates the player did not actually have a projected 2021 card, but due to playing a good bit we added a temporary "fringe" card for the player. Fringe cards appear after these 5 rosters - and entail using a pitcher's projected ERA or a batter's projected OPS and the corresponding card at the end of this blog. 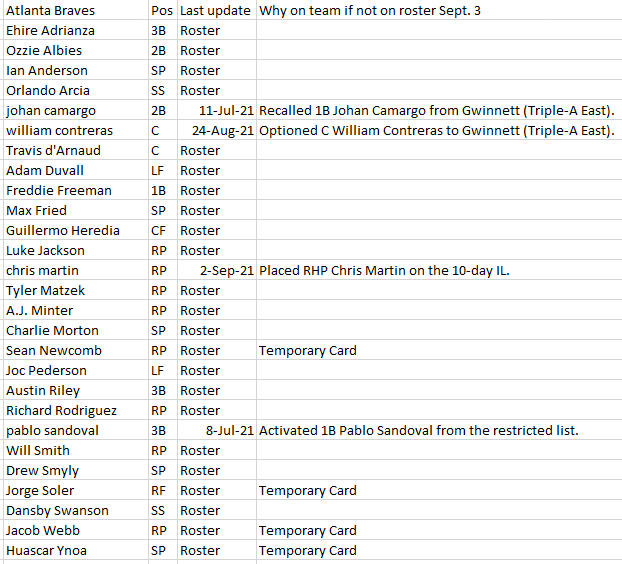 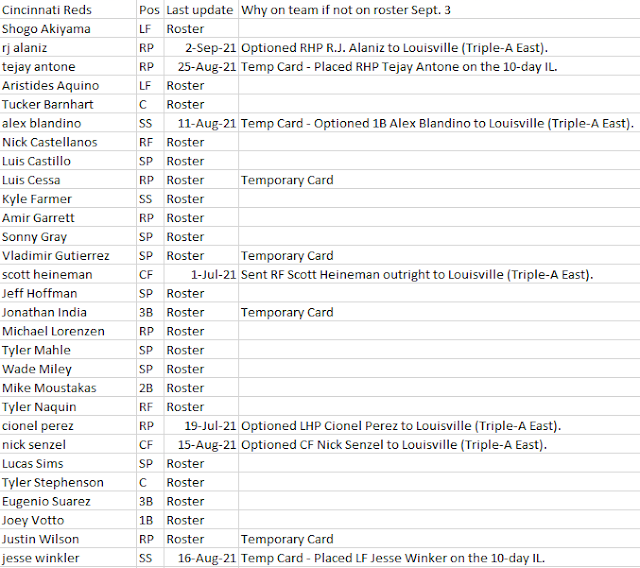 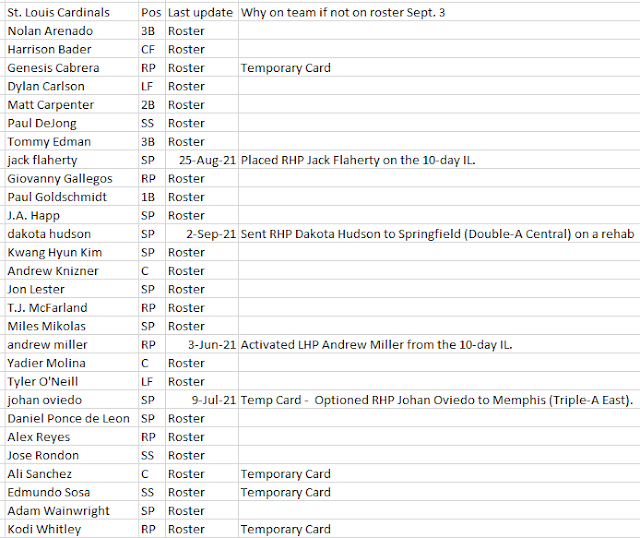 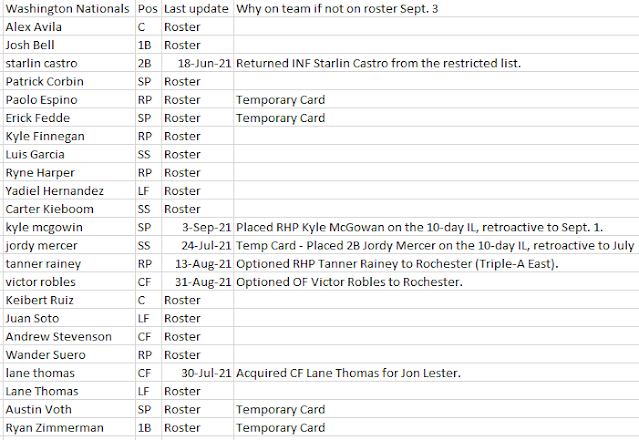 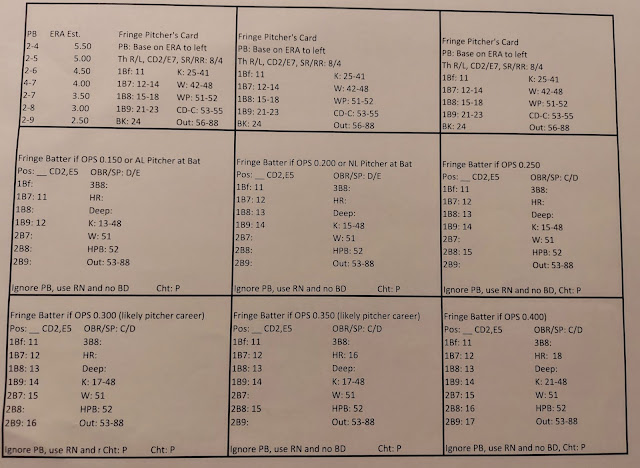 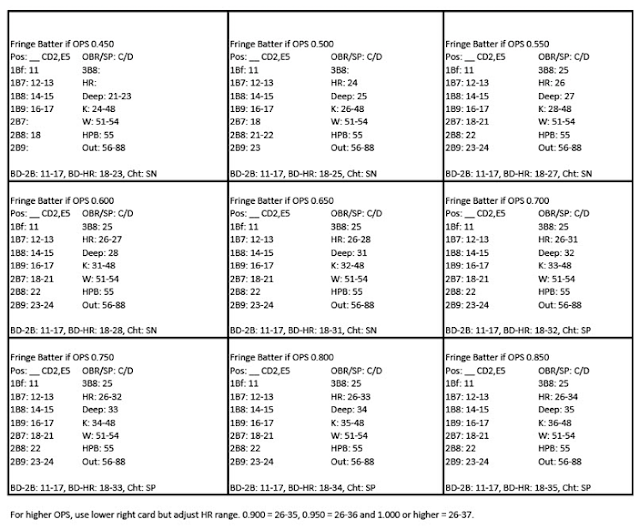