Pollock singled home Betts in the bottom of the 11th to clinch the division in the next to last game of the season. Posey's single to lead off the top of the 11th was a line drive that prevemted Slater from scoring? Then Treinen struck out Bryant and Longoria before inducing a grounder to short by Yaz.

Even if the Dodgers were "swept" in the nightcap (last game of the season) they would finish tied with the Brewers with a one game edge in the divisional record (the head-to-head was 6 wins each).

The only thing to be determined by the night is if the Giants are the home team (if they win) or road team in the 4 vs. 5 seed wild card series vs. Atlanta. The results from that game will appear below. 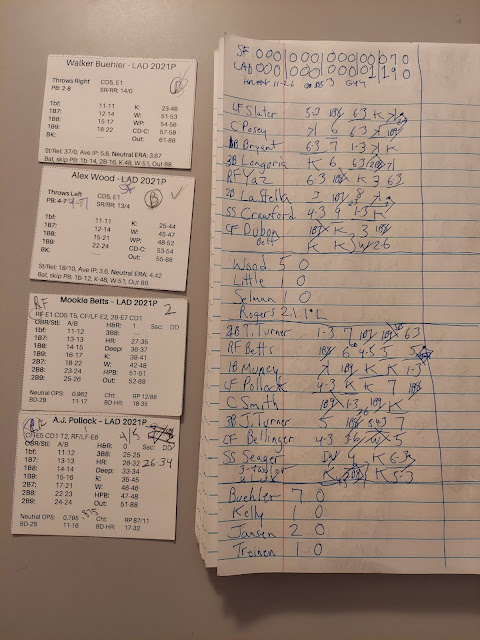 Season finale. Pollack followed up his game winning single in the first game with a 3-run homer in the 1st inning, and Kershaw made it hold up with 7 innings in a 4-0 win.

Posted by JohnPudner at 5:32 PM