After the 5-3, 12-inning thriller, the Dodgers beat the Padres again 5-4 on Justin Turner's 9th inning homer.

We will continue to paste the Padres last three games in reverse order as the playoffs are settled.

Final Padres game of the season, against Brewers:

Hometown hero Musgrove allowed only 1 run in 7 innings foe the win to let the Padres finish 55-53 to tie with the Cardinals and Reds for the last playoff spot. The 2 through 5 hitters combined to go 11 for 24 and each homered in the two game series that put the padres in the playoffs fir rhe first time all season on the only day it mattered.

The only longshot changes in the wildcard picture would come if the Cubs went 6-0 vs the Brewers - in which case they would become the 6-seed and the cards, reds and padres would be eliminated. If the cubs went 5-1 they would enter a 4-team playoff for the last spot. That longshot scenario would also give the Giants a shot at the division, as they would pass the dodgers if they go 5-1 against them. On the converse if they went 0-6 they'd drop into a 4-way playoff fir the last playoff spot. 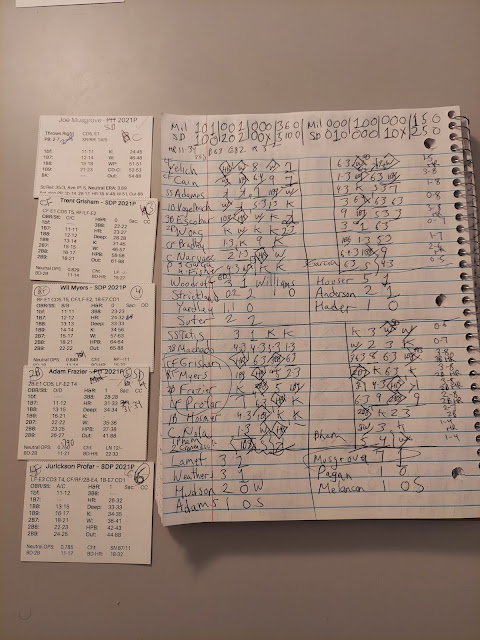 Next to last game of season for Padres, against Brewers.

Hudson and Adams combined to no-hit the Brewers in the 7th, 8th and 9th innings and Profar's game-winning homer in the 6th gave the Padres the win. As a result:

1. The Dodgers have the best record in NL Statis-pro fir the 1st time all year and

2. The Padres need to only win their final game to make a playin series with the Cardinals and Reds with all finishing 55-53. If they lose the final with Musgrove on the mound they are eliminated. If the win after leading after 8 innings by at least 5 runs then they are the 6-seed and the Reds and Cards are eliminated. 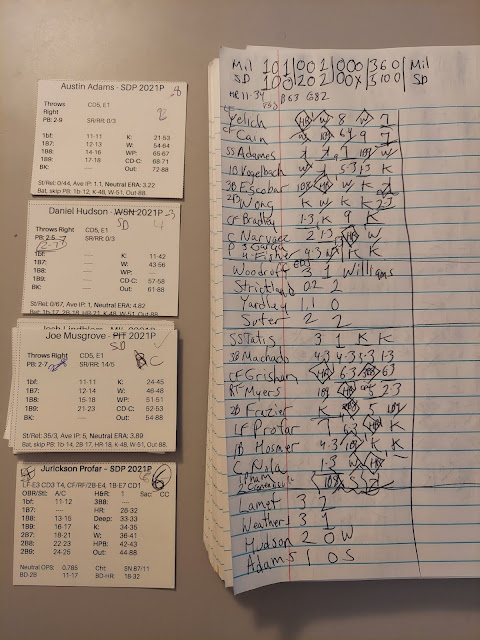 if Padres go 5-1 or better against Brewers they grab the last playoff spot and Reds and Cardinals are eliminated.

If Padres go 4-2 then a 3-way playoff with Reds and Cardinals will determine last spot in playoffs.

If the Padres go 3-3 or worse against the Brewers, they are eliminated and the Reds and Cards play a one-game playoff for the last playoff spot. 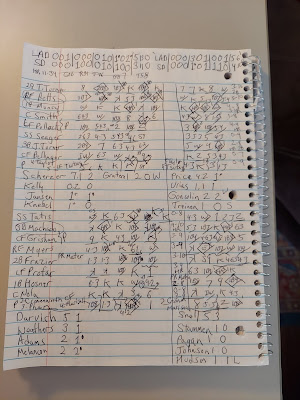 Posted by JohnPudner at 1:18 PM