Each team in our "North and West" division has now played, as the Padres bats continued to struggle amd waste great pitching. They traded 2-1 wins with the depleted cards.

We double checked rosters prior to starting divisional play with the rule if thumb that if the player is off the mlb roster for 60 days die to being sent to the minors, suspended or 60-day DL, then theur card is not used.

The Padres lost Pomeranz to 60-day DL, but luckily for them a second pb2-9 reliever, Austim Adams, came in with bases loaded in the 8th and retired Cubs cleanup hitter Contreras then pitched the 9th for the save.

A Cubs line-up with new cards based on ops or era, such as Matt Duffy's card in the ohoto that delivered the game-winning double in the 10th inning. 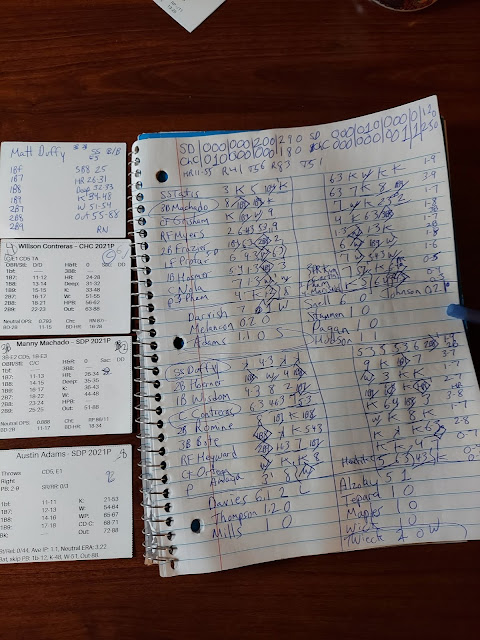 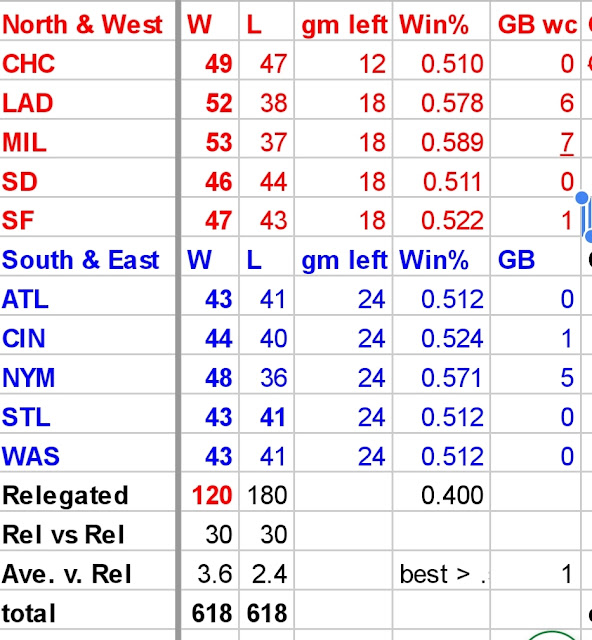 Posted by JohnPudner at 7:16 PM