Reds Beat Nats to Tie for Last Playoff Spot, But Had Chance for More

Lorenzen won the game with 2 scoreless innings, and in between doubled in the winning run in the top of the 7th to give the Reds a 1-0 en route to a 2-0 win.

The Reds won the series 4 games to 2 to get back in a tie for the final playoff spot. Sonny Gray's 7 IP, 1R allowed in the first game was almost enough to give them a 5 games to 1 series win. In fact the score if the game was 5-1, but it was 5-0 after 3 innings after a 2-run homer by Aquino and the Reds could not ever get one more run for the 5+ margin to get credit for a 3 game sweep vs. The 2 games to 1 credit the received for each of the two actual game wins.

The series took only 41 minutes to play - hardly a workout on my treadmill desk. 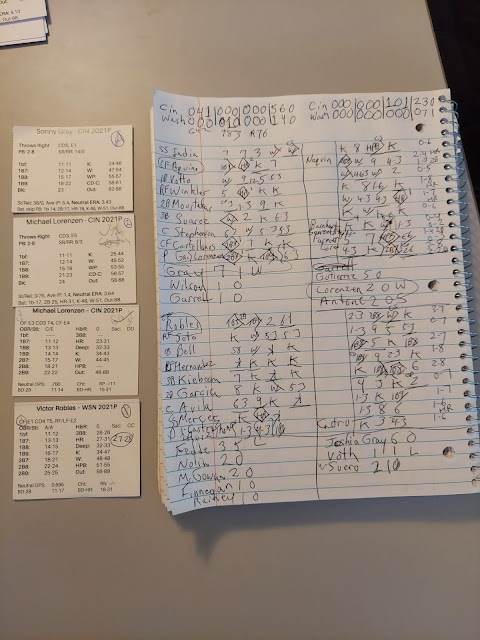 Posted by JohnPudner at 2:37 PM