Joey Votto homered early then doubled and scored the game-winning run against the Mets in 6-5 win. However, Castillo's collapse in the first game (3.1 innings, 7 earned runs allowed) gave the Mets a first game "sweep." The Mets led 8-2 after 8 innings to qualify for the sweep, and the Hand came in to save it in the 9th after three straight homers by Winkler, Moustakas and Suarez.

The Mets clinch the division unless they are swept twice by the Cardinals to count as a 6game to none series. The Cardinals need to at list split to carch the Reds at 55-53. The Padres could finish with anywhere from 49 to 61 wins, and two of those three teams will be the final two wild card teams baring very strange finishes by other teams.

The Padres still need to play the top 2 teams in our Statis-pro league, the Brewers and Dodgers. 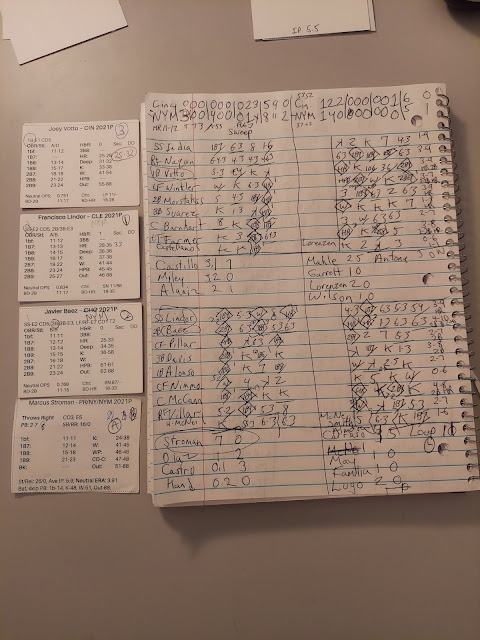 Posted by JohnPudner at 7:28 PM