After being swept 9-3 in the opener, the Rockies salvaged a 2 games to 4 series against the Mets without scoring an earned run.

Trevor Story drove a double to left and Nimmo's poor fielding rating (E5) was just bad enough to let the ball skip past him and Story's OBR A allowed him to come all the way around to score and register a 2-1 win.

The other run was scored when McMahon reached on an error on Biaz at 2nd base, the Carrasco threw two wild pitches ane Nunez singled him home. Nunez also used his CD-4 to make a grewt game ending play with Maybin on in the 9th.

Davis homered for the only Mets run.

In the first game Marquez was untouchable for 3 innings, with 8 strikeouts and only one single allowed. However, in the 4th the Mets clearly enjoyed going from their home best pitchers' park to the Rockies best hitters park as Pillarz Alinso and Nimmo all homered to rally the Mets from down 0-3 to an eventual 9-3 win. 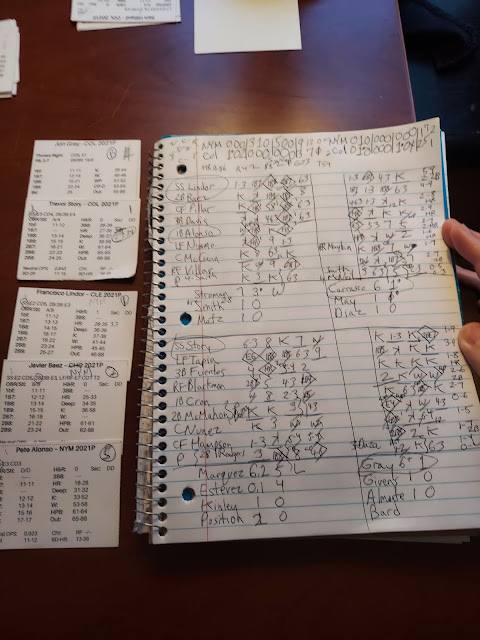 Posted by JohnPudner at 4:34 PM