The Reds were .500 with only the two worst teams in the NL remaining.

Sonny Gray and Luis Castillo both pitched 7 scoreless innings, and rookie of the year candidate Jonathan India robbed would be RBI hits in both games.

The Reds were one out away from consecutive shutouts, but Doolittle surrendered a 3-run homer to Alfaro in the bottom of the 9th in the first game, but rookie Antone came in for the last out in a 4-3 win. The Reds then won 2-0 to improve to 46-44 with only a series against the Pirates before Statis-pro breaks into divisional play.

Both 5 team divisions are likely to have one team to beat up on, with both the Nats and Cubs losing most of their star player cards at the trade deadline so expected to fall dramatically. 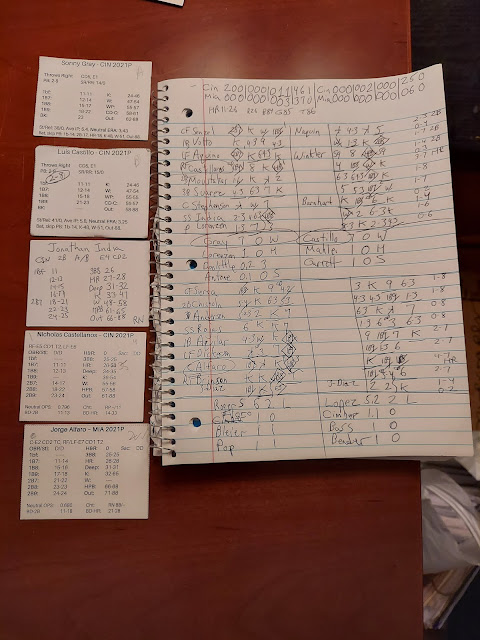 Posted by JohnPudner at 7:41 PM