We are wrapping up our NL inter divisional play with the series of relegated teams who have yet to play another NL team. At the end of this 14th series for each team that advanced those teams will have played all 14 other NL teams and next play their four divisional foes (see bottom photo) below.

We start by having the Rockies wrapping up their season by hosting the Cubs, Padres and Giants.

However, with the new depleted roster, they blew a potential 5-0 sweep and barely hung on 5-4 when Story and Blackmon were out to leave bases loaded (the combined to go 8 of 19 with 5 doubles and 2 homers).

The Rockies then had a sweep of their own with a 10-4 win to take the series 4 games to 2. 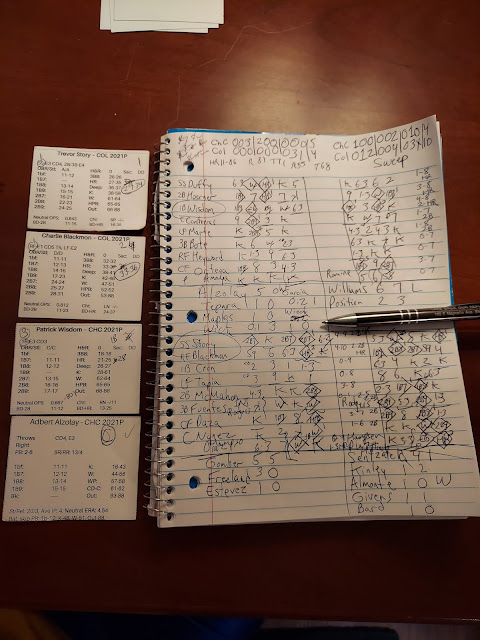 Posted by JohnPudner at 7:38 PM