With Statis-Pro cards update in the last couple of blogs, we finally have time to continue to play out our NL season. After six series each (36 games) we relegated five teams and have them now divided into two divisions.

The five teams that were relegated continued to play the 10 teams that survived, in order to get to a point where each team will have played all 14 other NL teams as well as two AL teams each. However, the relegated teams did not play each other or play an AL series.

The schedule of the two series below will wrap up the round robin series. However, one twist is that both San Francisco (43-41) and Philadelphia (24-24) could be pass some of the current teams, so once we are done with the games listed below we will decide if we need to sub any team out and continue games within a division (e.g. both Washington and Chicago had fire sales of players, and the Padres continue to be the big disappointment with a seemingly killer line-up.

Here are the remaining games and the grid of how the 10 have done against each other. 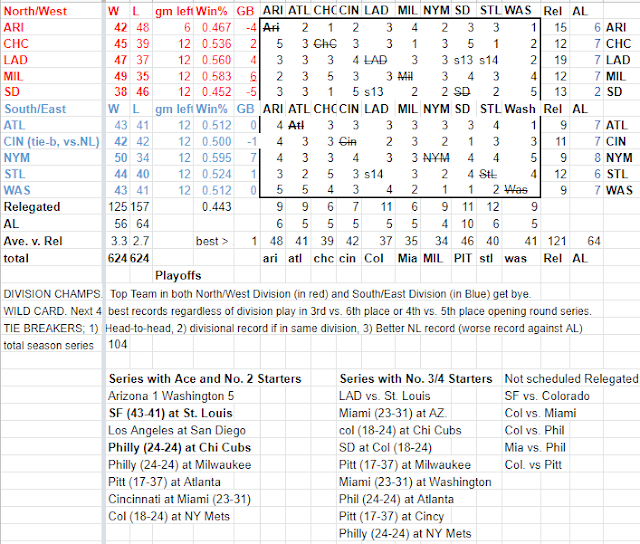 Posted by JohnPudner at 1:32 PM