After a long lay off due to a ton of work, we finally were able to get back and resume our 12th NL series between teams. Both the Padres and Phillies have new players, and the Padres got the big boost with two players whose cards were improved when we updated based on OPS numbers through the first couple of months of the season.

All-Star Pirate Adam Frazier now has a 31-34 home run ranged to go along with his top defensive ratings at 2nd base, so steps into the No. 6 spot in the line-up. Meanwhile recently acquired Jake Marisnick is now a 25-33 home run range and batting second between Tatis and Machado.

The Phillies pickups of pitcher Kyle Gibson and shortstop Freddie Galvis are not as dominant cards, and actually do not break into the Statis-Pro starting line-up or 4-man rotation we use. The results of the two game series will appear below under the four new cards. 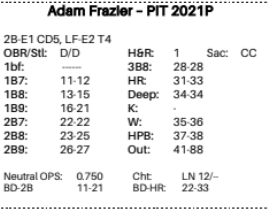 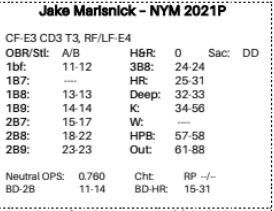 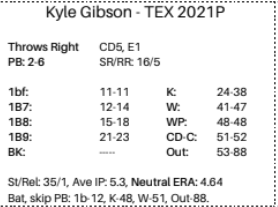 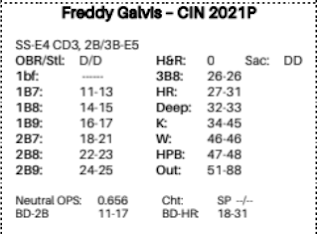 The results of the series will be added here.

Despite a killer top if the line-up and deepest pen in the NL Statis-pro league, two more short starts by both Snell and Lamet led to a 5-3 loss to the Phillies, then 13-4 sweep. 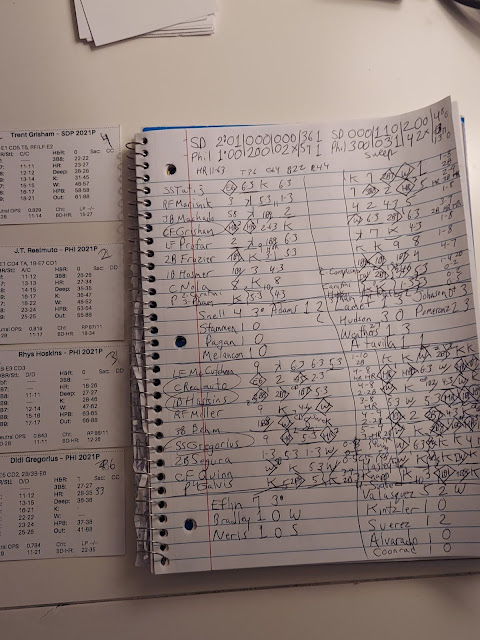 Posted by JohnPudner at 6:04 PM