The Brewers edged the Phillies 4 games to 2 to extend their lead in the North-West division. Each team now has one NL series left to have played all 14 other NL teams (plus 2 AL teams each).

The Brewers are 53-37 in first place with only the Pirates left to play in the 15-team leafue wide round robin before the divisional teams start playing only the other 4 in their division.

The only team the Dodgers (50-40) have not played yet is the Cardinals (44-40) while the other three teams to make the "North/West" division (SF, SD and ChC) all still only need to play Colorado before divisional play.

The Cubs team is 50-40 starting with the roster that started 38-27 in real baseball, but their remaining divisional games will be played with their depleted roster after most of their stars were traded away. 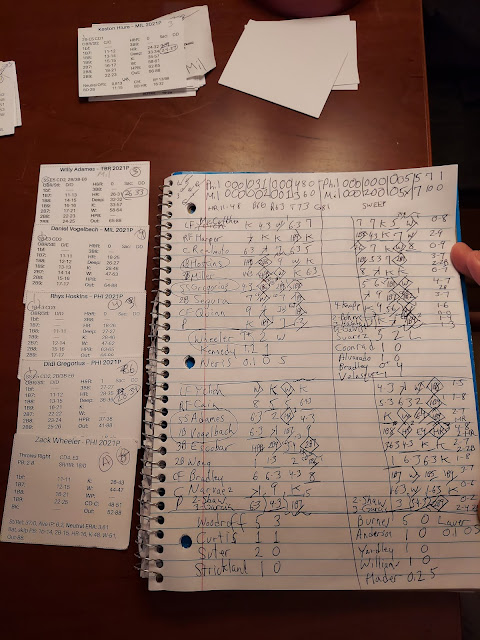