Giants Subbed Back Into Statis-Pro League for Divisional Run

With the Giants improving to 46-44 and the Diamondbacks in free fall at 42-50, we did sub the Giants in as the fifth "North/West" division before we break into divisional play in a few weeks.

We were prepared to also sub the Phillies in for the woeful Cubs, who played almost all of their 50-40 Statis-Pro season with the players who went 38-27 to start the real season before the utter collapse and not firesale of their players. Both the Nats and Cubs Statis-Pro cards now look like they will get beaten up with their stars elsewhere, so we will watch the Phillies since they still have a lot of games left to see if they make the case for inclusion.

Below is the grid of games played and below that the remaining games we need to play out before breaking into divisional play for the stretch run. 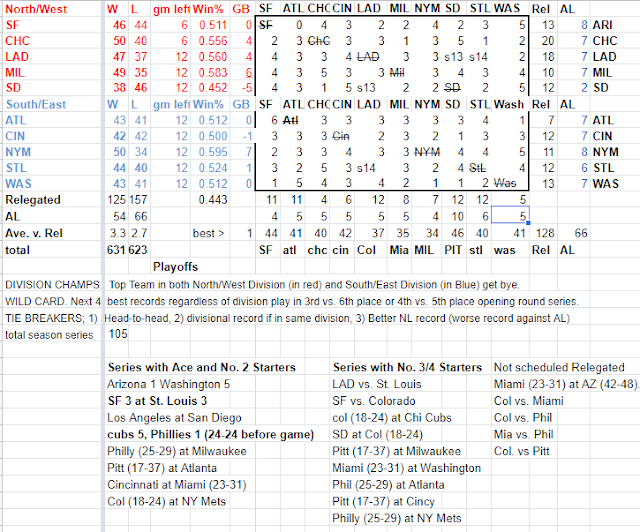 Posted by JohnPudner at 3:59 PM