Posey's hits in his first four at bats included a homer and 2 doubles, Longoria added 3 homers, and Cueto pitched well in homer friendly Coors Field in the 6th with a 7-1 lead en route to a 9-3 sweep.

In the nightcap the Giants rallied against Rockies closer for a 4-3 lead. Longoria hit a 3-run homer earlier, then Ruf singled to start the 9th with the score tied 3-3. He moved to second on Longoria's grounder, Yaz singled him ti third, and LaStella brought him home with a sac fly.

The 5 games to 1 series gives the Giants a 43-41 record and puts then in a virtual 5-way tie for the last 2 playoff spots.

Colorado finishes 27-39, as the second relegated team to finish the season (Arizona 36-42). The three other relegated teams still have games against the 10 advancing teams who must finish playing all of the other 14 NL teams. Philadelphia is 28-32, Miami 26-34 and Puttsburgh 21-45. At the 36-game mark tge Giants were relegated, but they played themselves ahead of the DBacks to replace them in the 10 advancing teams. 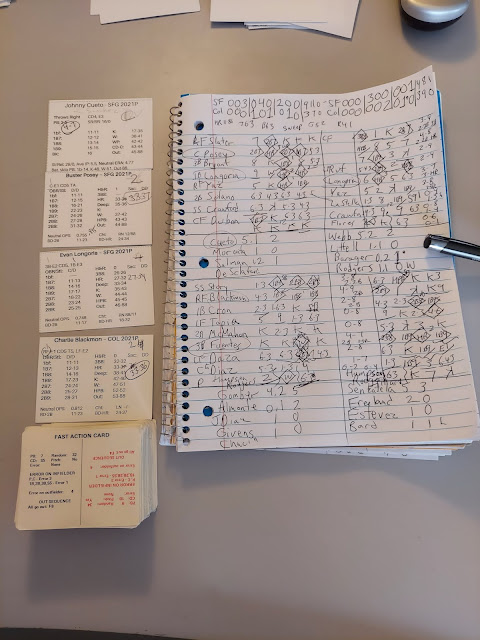 Posted by JohnPudner at 6:37 AM