The following are new 2022 baseball player cards added to the free Statis-Pro Baseball Game. All of the cards shown below appear when clicking here in their team of other players. First we list all new batters ordered from best OPS down, then all new pitchers, and finally all pitchers on the 60-day DL.

The batters in green italics are on 60-day DL so we are not using them in our games, but wanted to include your cards. By far the best OPS is Fernando Tatis (1,017) who is on the Padres 60-day DL. It is a big drop to the next best OPS, AJ Pollock, who is active and was not on the first active list we pulled. Pollock and all the other players in black type are players who had appeared in an actual MLB game since the season started and thus were added back. 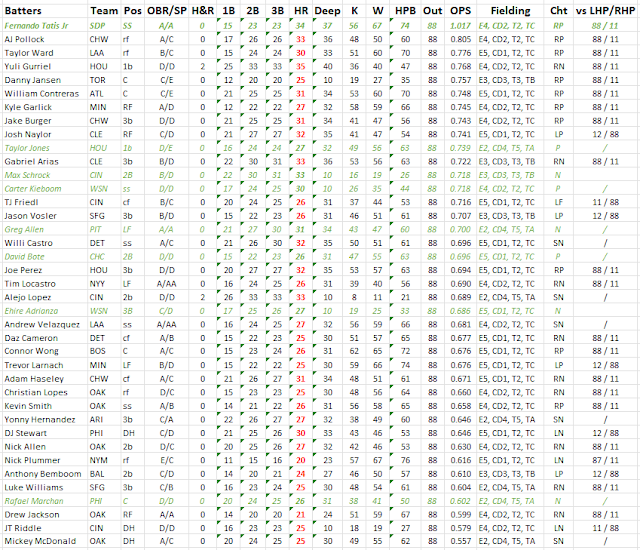 New Active Pitchers
The following are pitchers we did not list when we first put the google sheet out, but were added because they have pitched in the MLB this year. Those in red are relievers, those in blue more valuable starters. We list the 40 best projected ERAs since there are so many more pitchers than batters. 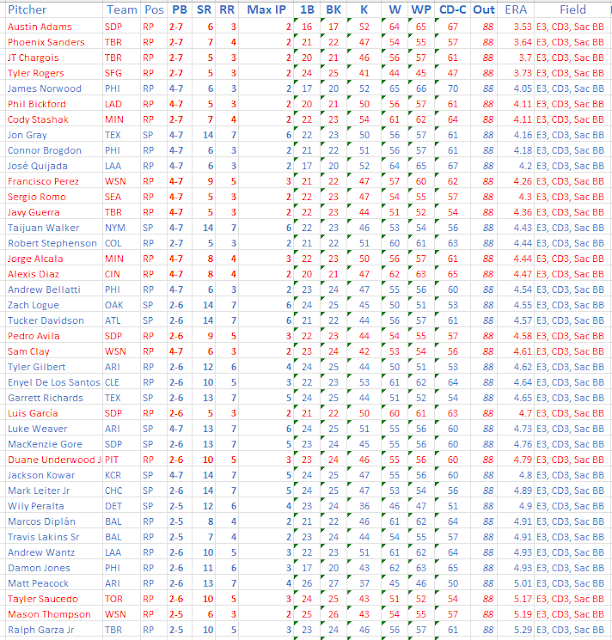 Pitchers on 60-day DL
While there are only a half dozen batters on the 60-day DL, and thus they are mixed in the top list, this is the list of the top 40 projected ERA's for pitchers on the DL, who we would thus not use in the game yet but we have added them to the player sheets.
Note that while Chris Sale has the 5th best projected ERA at 3.53, he calculates as the one PB2-9 as the best pitcher on the list because he pitches half his games in such a difficult park for pitchers in Boston. 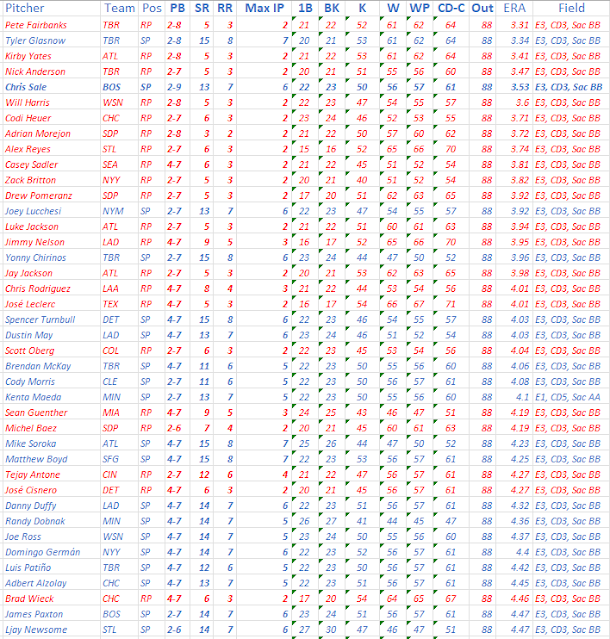