However, the new all-time great 30 teams we have created are proving much more balanced, with the favored seed only 2-5 so far. After Kentucky 1948 pulled an overtime upset with all-time great center Groza, the 1950 Holy Cross was led by one of the greatest point guards of all time (Bob Cousy) to a double overtime upset of 1986 Duke.

Cousy's card is for his 1950 tournament team, and the next 13 seasons after that he was an NBA all-star with the Boston Celtics. 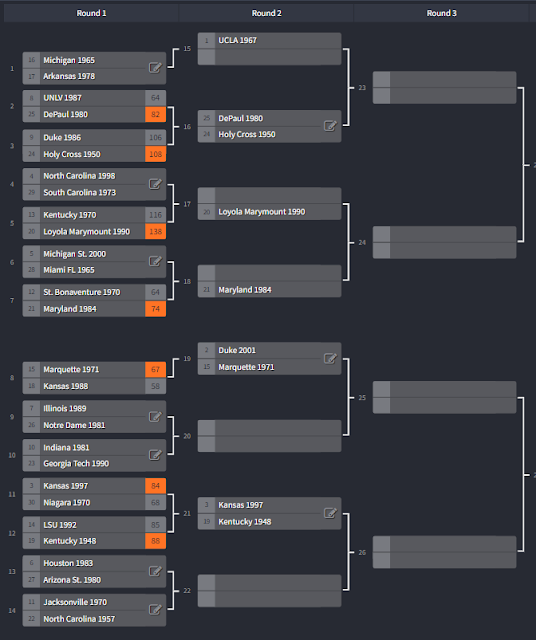 This latest games was the all-time individual shootout, with Johnny Dawkins actually hitting a meaningless 3-pointer at the buzzer of the second overtime to leave Duke just short 108-106, but actually give Dawkins the 43-42 edge in total points over Cousy.

Duke had additional near heros with Jay Bilas coming back off the bench after Cousy drew a fifth foul on Dave Henderson. Bilas scored at the end of regulation to tie the score 75-75 and force the 1st overtime. Mark Alarie  dominated the boards with 15 rebounds and put Duke up a couple of times in overtime, and Tommy Amaker did the same with steals to lead fast breaks, but in the end Holy Cross survived and will face another upset winner in the 1982 DePaul team. 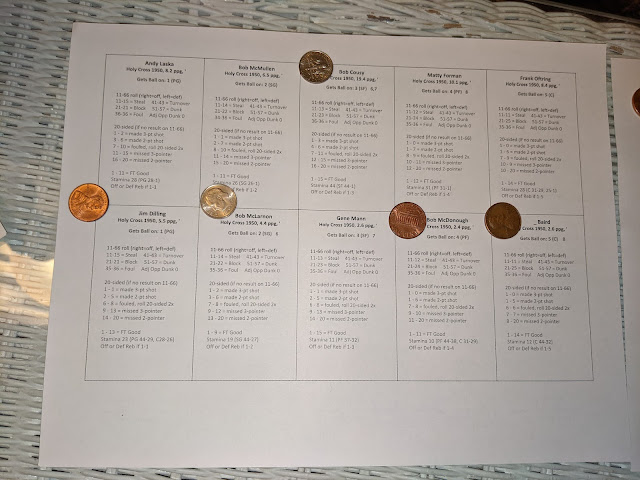 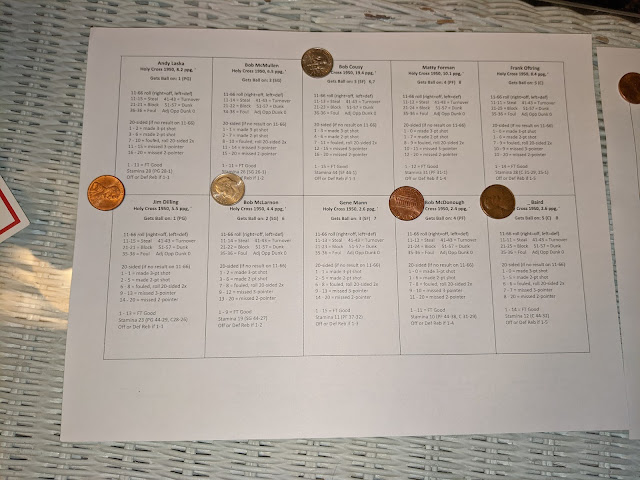 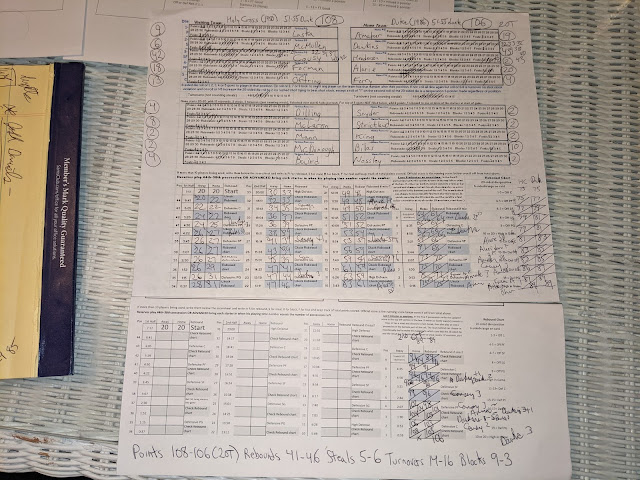