Midwest - what if - Marquette Opens With Upset at Clemson 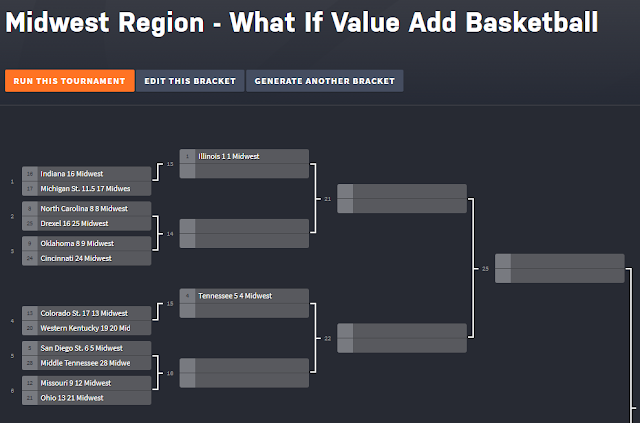 Bottom game cut off - #22 Marquette at #11 Clemson
#22 Marquette 78, at #11 Clemson 75
An interesting what-if featured a Clemson team that does not appear.to have the a stamina to shorten their bench for the tournament, which could be a problem against Rutgers in their real ncaa game. We.matched them up with the most inconsistent team in the country in Marquette, which beat two top 10 teams and was one of only 3 non-top 50 teams with 5 quad 1 wins (Michigan State and PAC 12 champion Oregon State the other 2) but finished with a losing record and ranked 95th.
DJ Carton turned the ball over as soon as he entered the game at the 40th possession, but with 5 minutes to go he scored 9 points in 2 minutes to take Marquette from a 58-59 deficit to a 70-66 lead. While MUs Net Ranking of 95 made them a 22-seed. They would await the winner of the West Virginia-Prairie View A&M winner.
The upset was a change for Marquette in out VABG tournaments. In the all-time tournament Dwayne Wade's 2003 Final 4 team lost opening round and the 1977 championship lost in The 2nd round. In the 2020 what-if tournament, all-american  Markus Howard lost in the opening round. 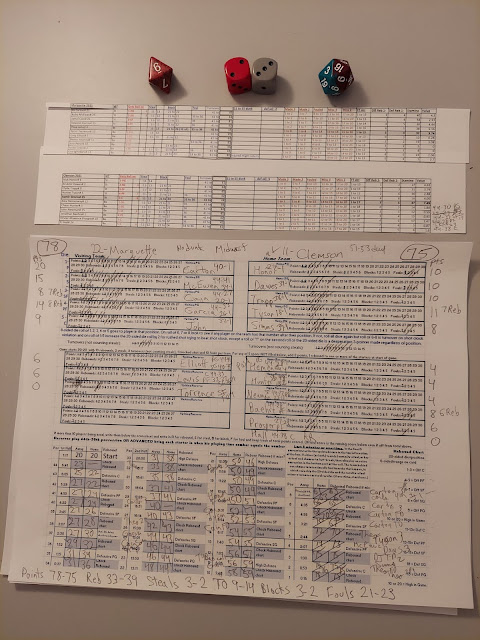 Posted by JohnPudner at 4:19 PM