Both national name names had losing records in the regular season, but Notre Dame closed the season with a stunning upset of Florida State and Penn State won three straight including a win over Maryland and was only eliminated from the Big Ten tournament in a 1-point loss to Wisconsin. The Basketball net rankings actually placed Penn State as an 11-seed even though they did not make the NCAA or NIT.

Notre Dame hit 3-pointers to complement the inside game of Juwan Durham, but one of the worst defenses in our game (a +2 to opponents dunk ranges gave an already high powered Penn State offense a 51-63 dunk range.

Myreon Jones (19 points, 4 steals) led the domination with fast break dunks and 3-pointers off of dunks, and Izaiah Brockington led the Nittany Lions with 22 points to fuel an 81-61 lead before a late run by the Fighting Irish made the final respectable. They would next play the winner of the St. Bonaventure-Hartford winner. 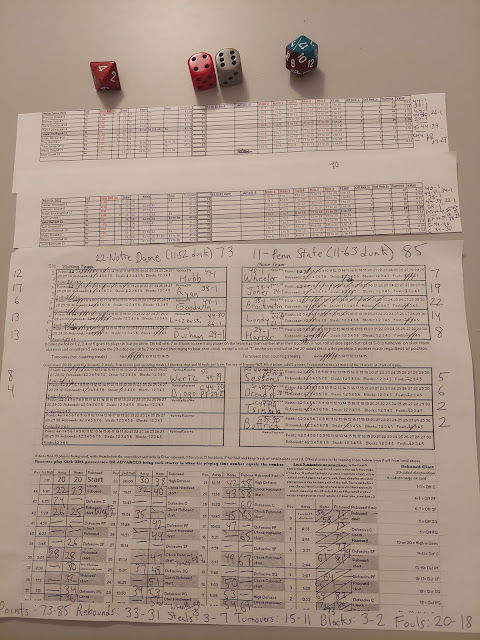 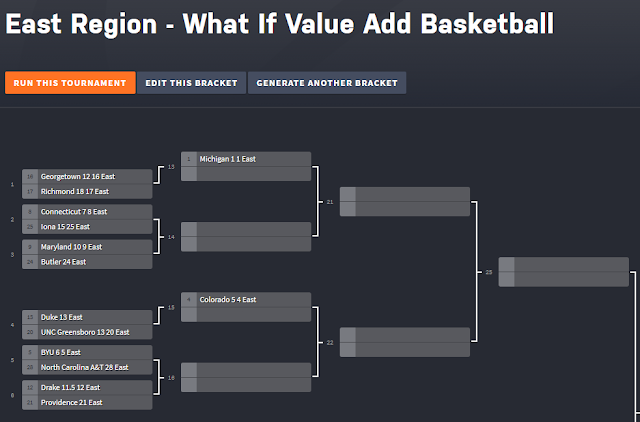 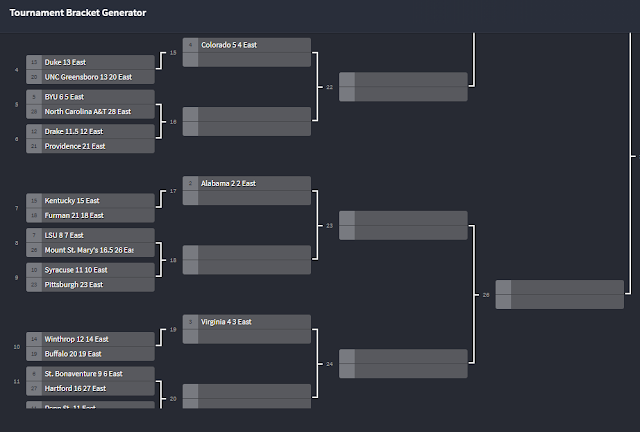 Posted by JohnPudner at 4:21 PM