A fan pointed out what appeared to be an error in Wander Franco's card, with a backward range of 41-38 on strike outs. This gave me a good chance to clarify that when you see a backward range, it just means the calculation is that range should be blank - so Franco should never strike out on his own card.

In fact, Franco has actually been to the plate almost exactly that many times in the real season - 131 - and has struck out even fewer with just 13 strikeout for less than 10% of all plate appearances. So on his card a 38 is a Deep drive that might be a homer, a 41 is a walk, but there are no strikeouts in between. 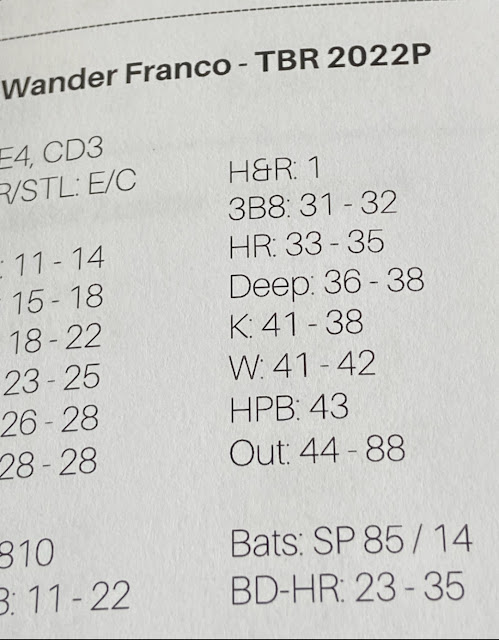