Yankees in 1st in Statis-Pro, MLB and baseball tears

We decided to check and compare the results of our Statis-Pro results and results from the actual MLB season. So far we have played 30 games between the top 10 teams in the AL, which counts as 90 games based on our 5+ runs = 3-game sweep covered in this blog.
Since we relegate the five weakest teams in the league prior to the season, these 10 teams do not have the benefit of racking up wins against the bottom 5 teams. Therefore for an apples-to-apples comparison we compared each teams actual MLB record against only the other 9 top teams to get the first results listed below through 91 total games. The bottom set of standings are in our Statis-Pro games so far.

The first thing you will notice is the New York Yankees are in first place both in our Statis-Pro league and in the Major League Baseball Games against the other nine top teams in real baseball. One of those games lead to this CBS Evening News clip that you need to watch if you don't know that it is ok to cry in baseball. 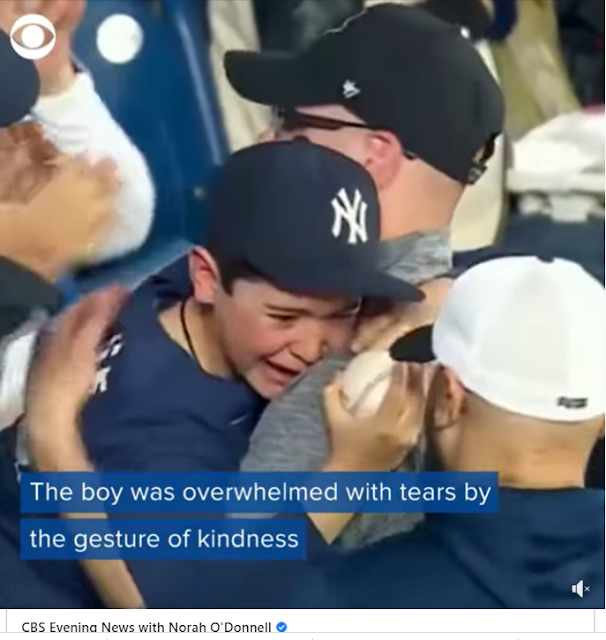 The two teams that are way out of whack are Cleveland and Boston, who are both off to bad starts - in Boston's case a terrible start - in actual MLB baseball but have winning records in Statis-Pro. Part of this can be explained by the fact that we use a 4-man rotation - so Shane Bieber has pitched two of Cleveland's six actual games and Nathan Eovaldi the same for the Red Sox.
We will see if they hold up in games 7 and 8 with their 3rd and 4th best starters on the mound. Here are our next games.
After the Yankee focused post above, the Twins Sano hammered 3 homers to lead the Twins to a ridiculous 19-2 sweep to move them in front of the Yankees. However, Stanton homered twice and German allowed 1 hit in 6 innings en route to a 4-0 Yankees win in the nightcap that left the teams tied at 13-11.
As noted they actually have the two best records against the top 10 AL teams in real mlb play. 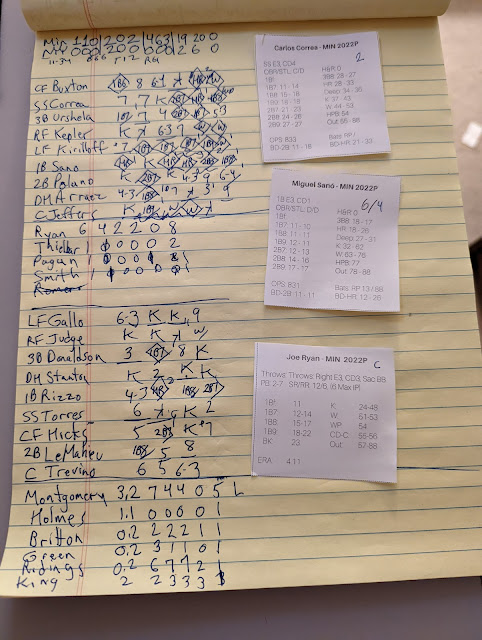 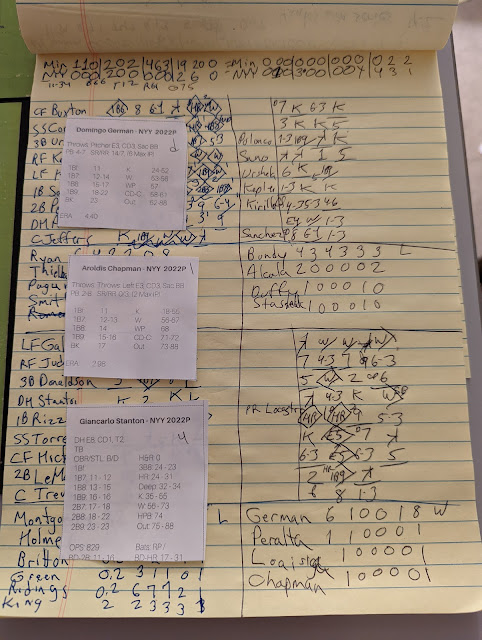 Posted by JohnPudner at 1:14 AM