A couple of fun results from the old original z-play charts we will usually use - as well as the new deep drive range on the cards. Some old and new.

Padres 1st baseman Hosmer lined a ball off Giants first baseman Belt injuring him for the rest of the series.. Then in the second game, the old z-play 14 came up , with Yaz hitting a slow roller down the first base line and being ruled safe on a single, resulting in Padres 1st baseman Hosmer, catcher Nola and relief pitcher Suarez all being ejected. The chances of these unusual plays actually happening are low with modern replay rules, but the real point is they make you put additional players in the game like would happen over the course of a season.

On the new rule front, the Giants hits 3 deep drives off Yu Darvish, but the Padres large stadium (only 11-18 homer, 21-88 deep fly out) held all three and Darvish went 7 innings allowing only 2 baserunners, a single and a walk, to lead a 4-0 shutout.

In the second game the Giants trailed 4-2 but put runners on 2nd and 3rd with 2 outs, but Padres ace reliever Rogers acme in to get the four out save to end the series 2 games to 0 to advance. 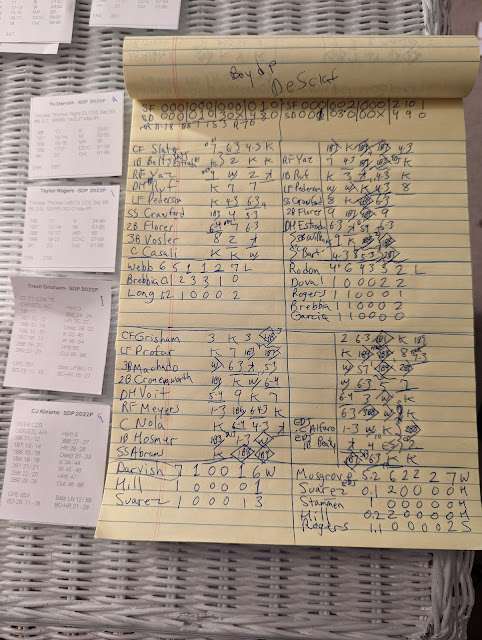 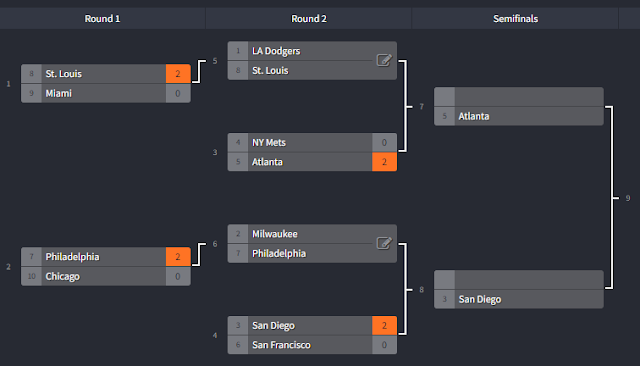