The Blue Jays surged into 1st place in a pack AL with a 14-10 mark, one game ahead of the Yankees, Red Sox and Twins.

The middle three Jays, Guerrero, Chapman and Gurriel, all homered but Chapman homer d twice and used his top clutch defense 5 to snag a line drive and turn it into a double play.

The Jays received 3-0 sweep credit for an 8-3 win, and the 2-1 credit for a 5-4 win despite Hernandez and Biggio colliding to allow a 2-run first inning double and miss the rest of the game.

Cleveland started the season well due to two starts by Shane Bieber, with perhaps the best starting pitcher card in the game. Since he pitches one out of every four games to make Cleveland better in the game than real life - where he has started only 1 out of every 10 games for them the last two years. As noted below, they are 5-1 in the game with him on the mound, 7-11 when someone else starts.

Here is the scoresheet and standings. The game log google sheet includes this running tabulation, which also notes the average runs per game has surged from 4.4 to 4.7 the last three series due to some really bad No. 3 and No. 4 pitchers (4.5 was the actual average last year) and 19.4% of all games are ending in "sweeps" (5-run win margin). In order: 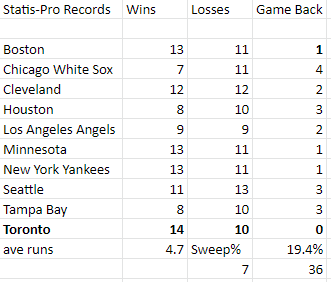 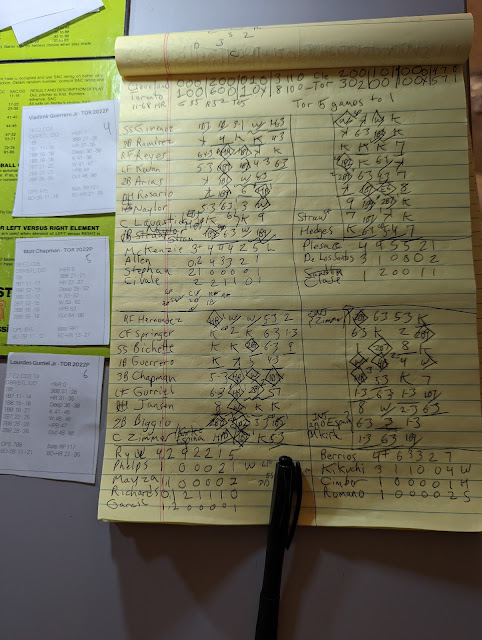