The 30 new all-time great teams are now available for the Value Add Basketball Game. You can access the pdf of player cards via this google doc. The two best teams appear to be Kareem's 1967 UCLA team, and Duke's 2001 team, who certainly appear they could be close matches for the two championship teams from our original game and 98 teams.

A couple of notes on the new cards, which can still be used against teams in the old cards:

1. We went to a larger point 8 font, to make them easier to read.

2. We added the height and points per game at the top of every card.

3. In addition the Stamina (how many of the 44 game possessions the player can play before getting tired) we went through and gave suggestions on which actual possessions you may choose to use the player. See notes on player rotations and when a player tires below the picture of team cards: 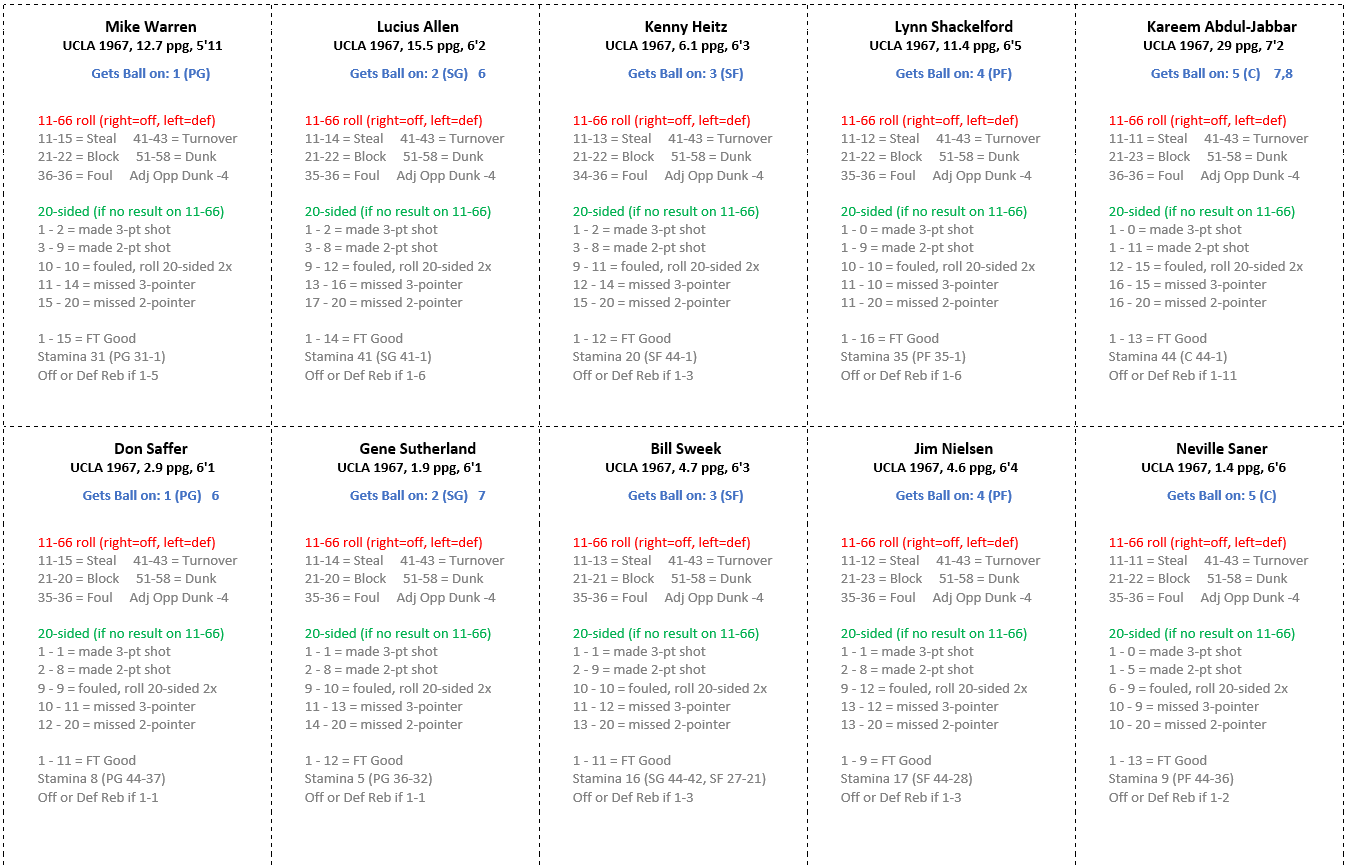 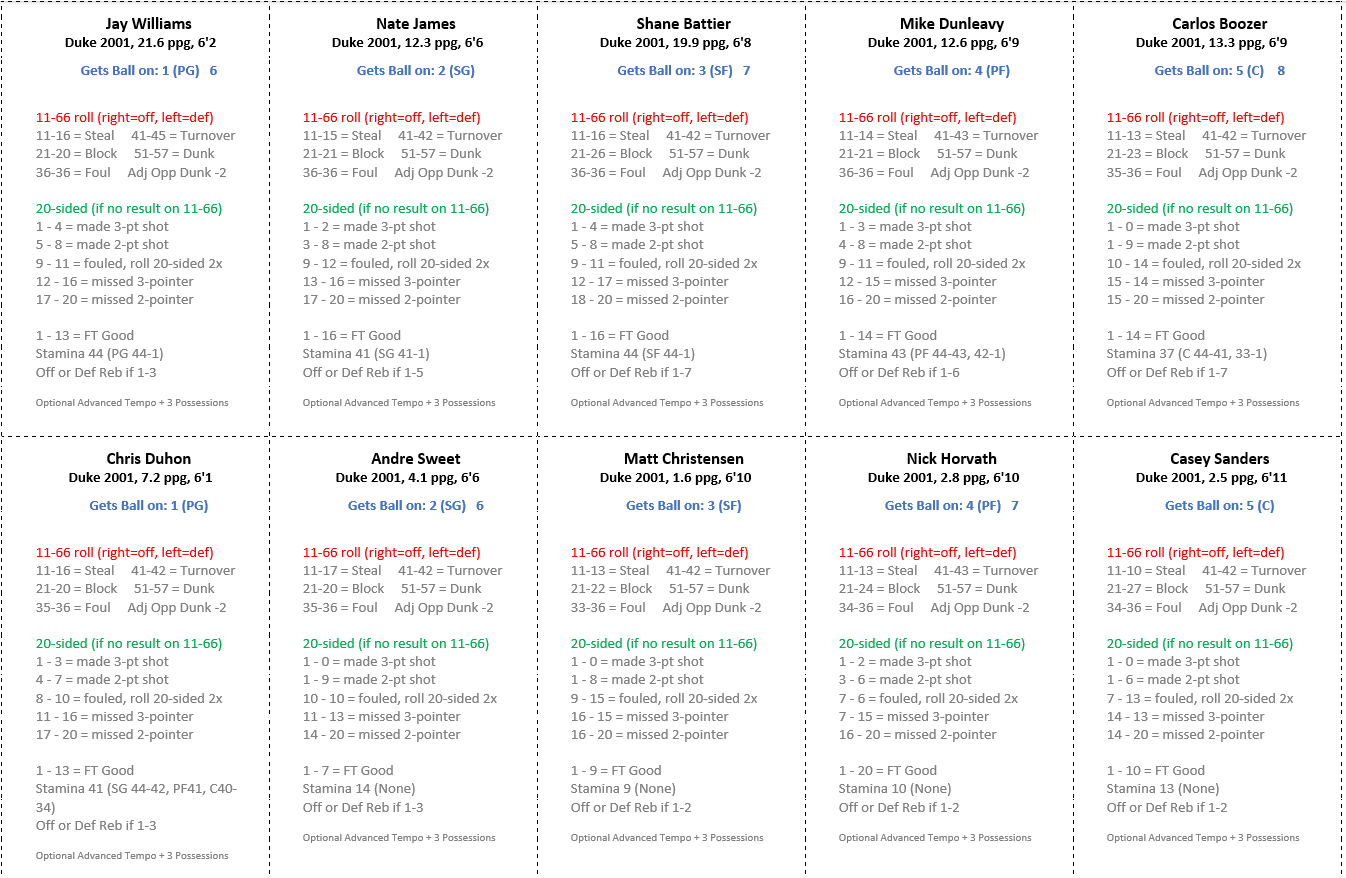 a. Basic rest rules. To keep it simple, you can simply play the bottom five reserves the first seven possessions of the game - Possessions 44 to 38 - and then play the starters for the last 37 possessions.

b. You can follow the suggestions next to Stamina, in which case UCLA's point guards would include Don Saffer for possessions 44 to 37, Gene Sutherland on possessions 36 to 32, and then starter Mike Warren from possessions 31 to 1. Players with (None) listed by them might just come into a game if someone fouls out or a different mix is needed (a good 3-point shooter perhaps).

c. You are free to substitute players in any order you want for a more advanced game, just keep in mind the reduction in effectiveness if they play too many possessions. If a player is in the game for more possessions than his stamina, then every die roll is adjusted one against him. So if Duke's Matt Christiansen plays a 10th possession then a 13 when he is on defense is changed to a 14 and no longer a steal, or a 15 when trying to score is changed to a 16 and he misses the shot, and a rebound of 2 to him is changed to a 3 and he no longer gets the rebound, etc. If he plays at least twice as many possessions as his stamina (18th possession) then all numbers are adjusted by two.

d. For teams that played at a very high tempo, we also added a line at the bottom of the cards indicating you have the option of adding possessions at the start of the game. Duke 2001 is a +3, so if you use this option you use an extra scoresheet for the first three possessions before going to possession 44. We suggest using all reserves for one-third of extra possessions, which would only be one of three possessions if Duke 2001 was playing - but reserves all played an extra 10 possessions and starters an extra 31 possessions in the 138-116 win by Loyola Marymount 1990 (+26) against Kentucky 1970 (+5).

Posted by JohnPudner at 9:49 AM