Sunday, November 21 we calculated the playing cards for 30 additional all-time great college basketball teams to be added to the Value Add Basketball Game to give players 128 teams total.

When we calculated the first 98 teams we only allowed each college to have one team per century, but we threw out that rule for the additional teams and it appears two of the new teams have the strongest cards for a tournament we will play with the new teams.

No surprise that Kareem's 1967 UCLA team appears to have the strongest cards, and will get one of the two buys in the game. What may be a surprise is how close to that UCLA team the 2001 Duke squad appears based on their cards, and they will get the other buy as the No. 2 seed.

We are close to finishing the cards up, and will make them available to the 50,000 who have already clicked on the game for the rules and first 98 teams.

With the real college basketball season ramping up during Feast Week, we look forward to shifting our attention there. 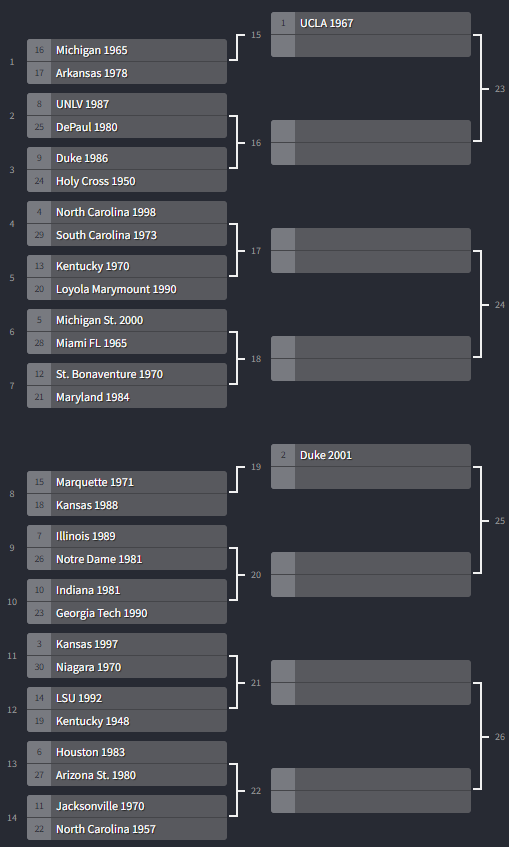