While we've turned focus to college basketball season, we still need to finish up the 2021 Statis-Pro baseball World Series. It turns out after a long season, our World Series is also a "Consolation" World Series for the teams that lost the actual ALCS and NLCS - thus pitting the Dodgers against the Red Sox.

Here are our rosters with Statis-Pro Cards:

Next we go to the Dodgers Starting Rotation down the left column, then their bullpen in columns 2 and 3 below. 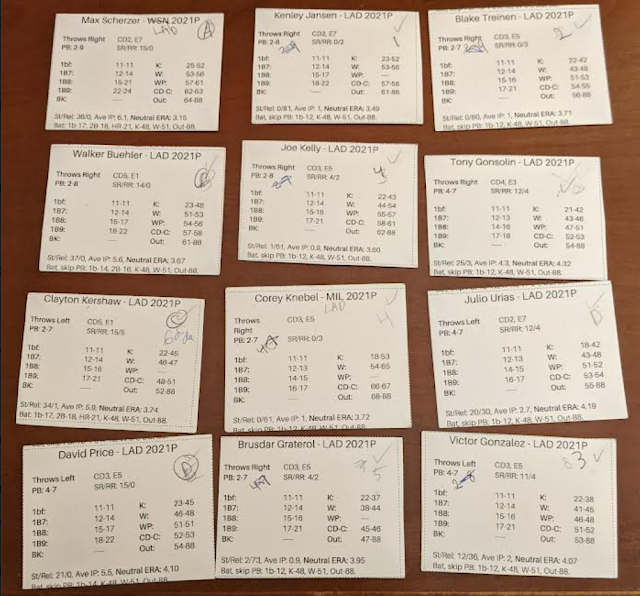 Then the Red Sox bullpen: 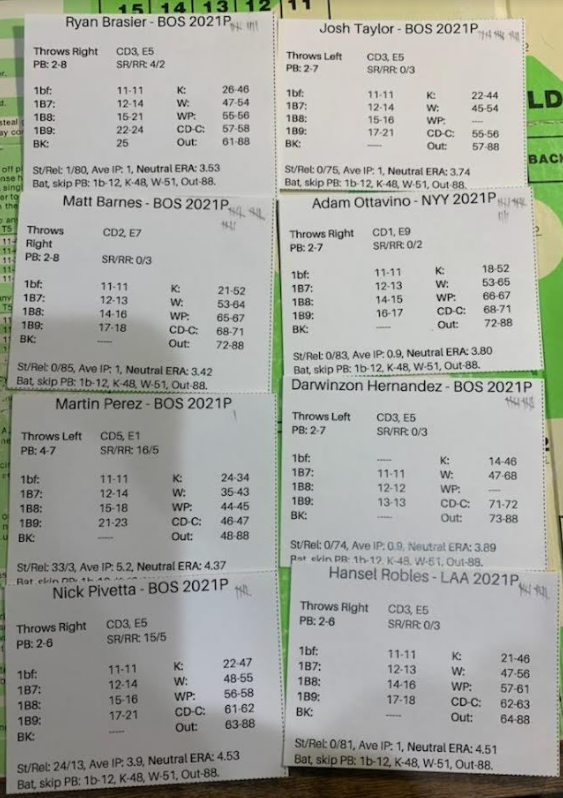 Next the Red Sox line-up, though Games 1 and 2 will be in LA so the DH will be dropped for those games: 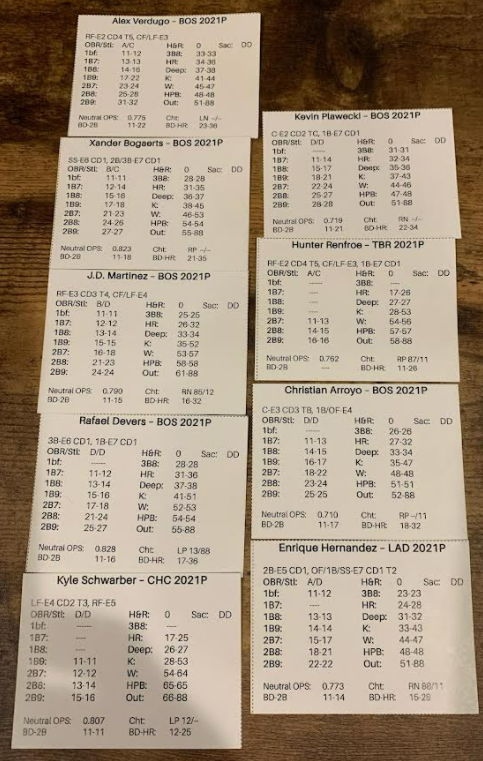 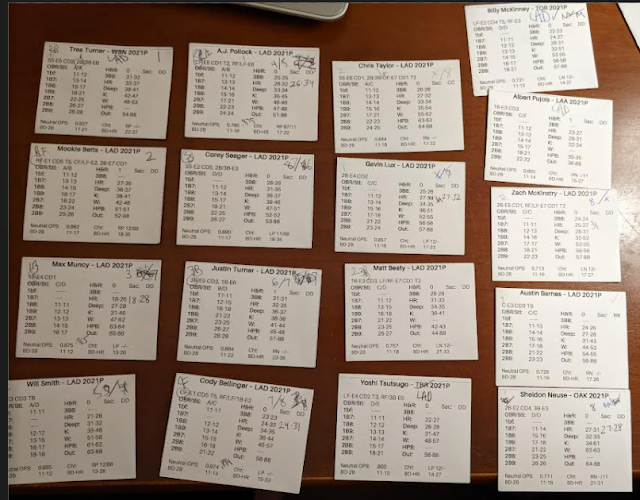 And finally the bench for the Red Sox. 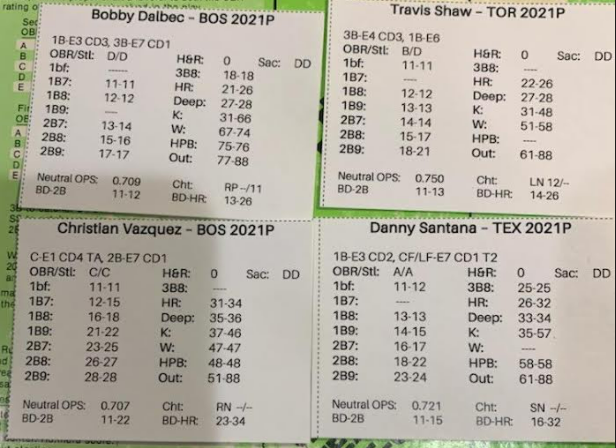 Those are the cards we are using for the 2021 Statis-Pro Major League Baseball World Series, to start soon, we promise (LOL) - stupid jobs getting in the way.