I know, we are way overdue for a post. Both Commissioners have been swamped so we have not started our Statis-Pro Baseball World Series - which this year turned out to be a consolation World Series between the two runner-ups in the real season, the Boston Red Sox and Los Angeles Dodgers.

Meanwhile, we have yet to crank up either the www.valueaddbasketball.com rankings or start Value Add Basketball All-Time games, but for now take a look at my post by clicking here for this college basketball story.

Obviously three games is way too early to make predictions, but if Morsell keeps playing like this Marquette could join only Duke and Kansas with more than five top 10 players in our www.valueaddbasketball.com rankings. Below the photo we list the teams with at least four this century, and each player's name by team. 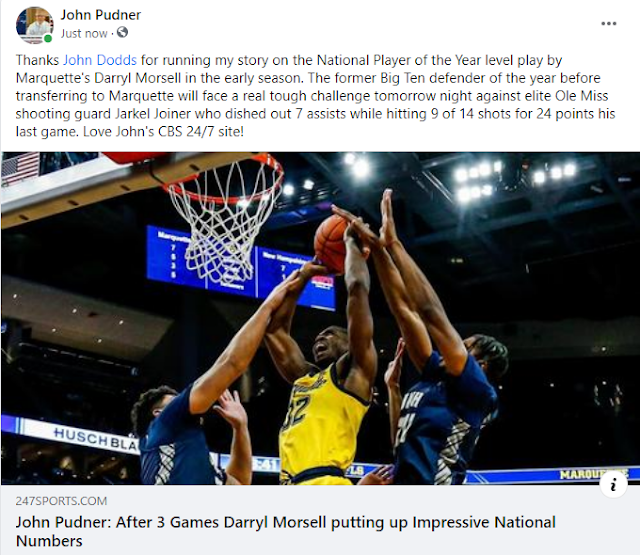 Posted by JohnPudner at 8:04 PM