Kimble is the all-time record holder in real basketball with 1,131 points in a season the year his team set the mark by averaging 129 points per game.

It appeared Kentucky star Dan Issel (31 points, 12 rebounds on the card from the season where he averaged 33.9) might lead a rally when he drew a 5th foul on the other half of the dynamic duo - Hank Gathers. However, backup Chris Knight had a great game in Gathers position with 10 points, 5 rebounds and 4 blocked shots.

The season in which the cards are based, Gathers scored the 6th most points of any player in history and might have given the team the two top single season scorers in the history of college basketball had he not tragically died of a heart condition near the end if the season.

Loyola will next face the winner of the game between the 1998 UNC team led by Antawn Jamison vs. the South Carolina 1973 team coached by Al McGuire's brother Frank McGuire and led by Kevin Joyce and the future NBA trio of Mike Dunleavy, Brian Winters and Alex English. 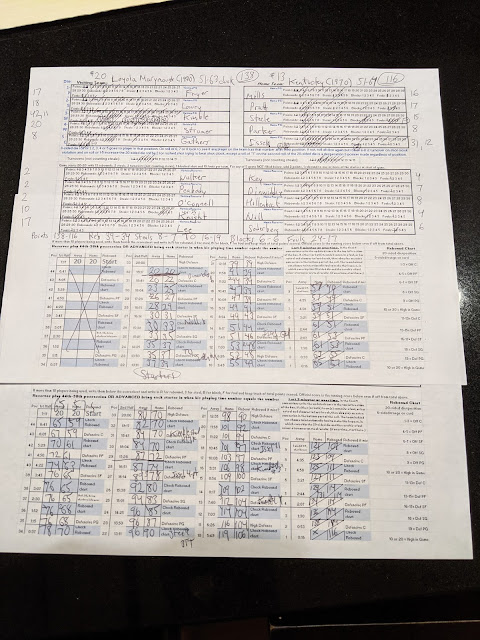