While we put the Giants back in the Statis-Pro NL league and they won enough games to get close to .500, they fell back with losses to the Brewers.

Even the bottom of the Brewers 4-man rotation allowed only a combined one run in 11 innings, and the two acquired players we hit behind Yelich, Vogelbach and Adames, combined for six hits in the two games.

The Giants 27-33 record in the game is qlmost exactly the FanGraphs projection (72-90 record is .444 while their Statis-Pro record is .450), but nowhere near their current first place record in the NL West as everyone waits to see if they are for real. 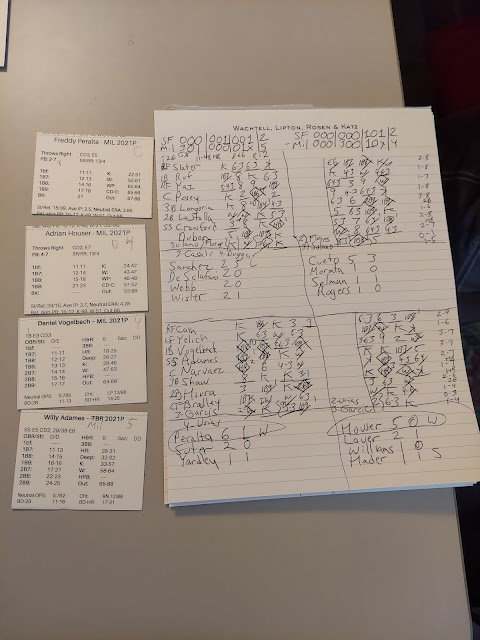