The "fringe players" we captured in our MLB roster review gave the Padres a 5-4 win to split with the DBacks, who win the opener 3-2.
On the Padres fringe players written out on the card near the top left of the photo, Tim Hill's PB2-7 standard fringe pitcher's card (top left) based on his projected 3.63 era was needed to get three outs in the bottom of the 7th after back-to-back doubles reduced Johnsons card to a pb4-7. In the top of the 6th Ha-Seong Kin's fringe card with a home run range of 26-31, delivered a 2-out rbi single.
The game also featured a rare extra base hit by a pitcher, when a "17" gave Musgrove a 2-out double. Tatis then tripled him home, and Pham 4-8 with a homer) singled him home. 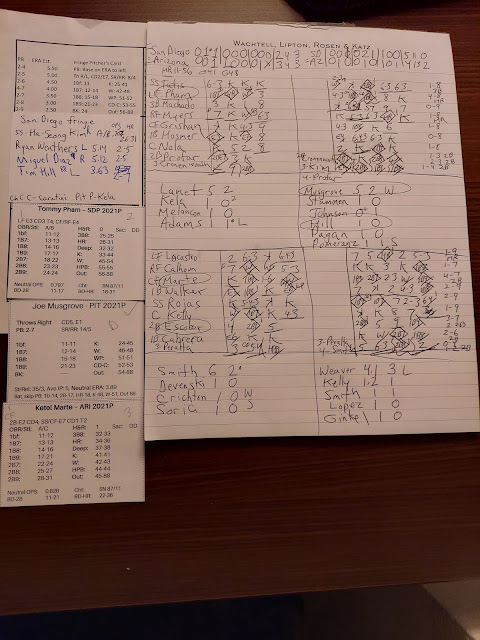