The Brewers were scheduled to visit the Dodgers this round, and we started the round with that game due to the Brewers pickup of Willy Adames and Dodgers having picked uo Pujols. 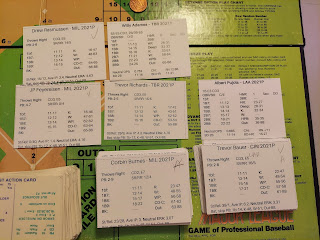 Adames is the best of the player cards pictured, which changed teams.

As for the games, the Brewers managed to split with the Dodgers to stay a game qhead of the for second place. The biggest reason the Brewers are so much better in Statis-Pro than in the real season is that Hiura gives them an extra dominant hitting card based on his projections after a 0.938 ops his one full season.

In fact, he has plummeted more than 400 points to q 0.513 ops, worse.than a few.pitchers batting card. 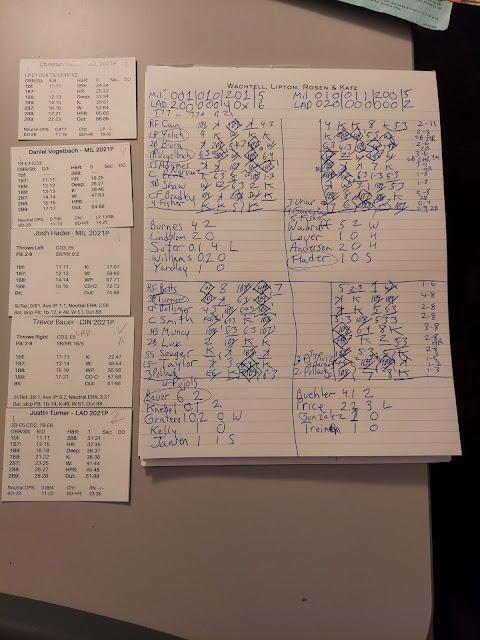 Posted by JohnPudner at 9:34 PM