While Burns has the best PB (2-9) he only averaged 3 innings a game, meaning he can only 4 innings at full strength. He threw 5 innings of no hit ball in the opener, but the normally dominant Brewers pen let the game slip away after allowing a pinch hit homer and double to Peralta and Smith in a 4-2 dbacks win.

With both pens tired for game 2, bumgarner (endurance strong with an Sr 16) gave the dbacks 7 innings with only two runs allowed, while Woodruff barely lasted 5 innings, and again the pen faltered for a 5-3 dbacks win. 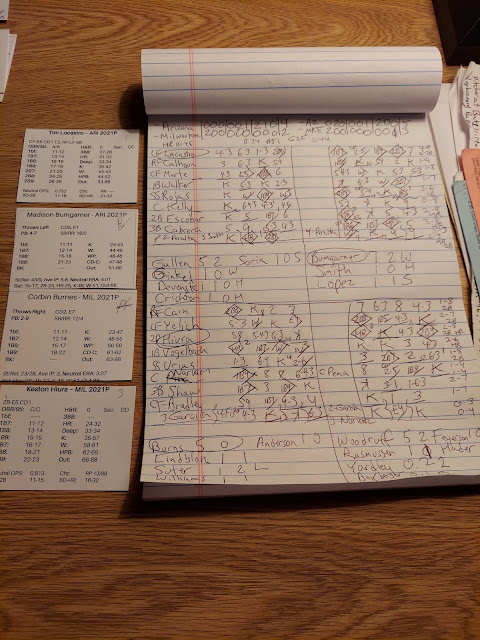 Posted by JohnPudner at 9:27 PM