That is why Murray has improved Iowa by 12.49 points per game at www.valueaddbasketball.com to make him the most valuable player in the season, while Holmgren is the top freshman at 11th (9.89).

And here is the list of the top players and freshman in the country in the same form you will see for each conference listed above. 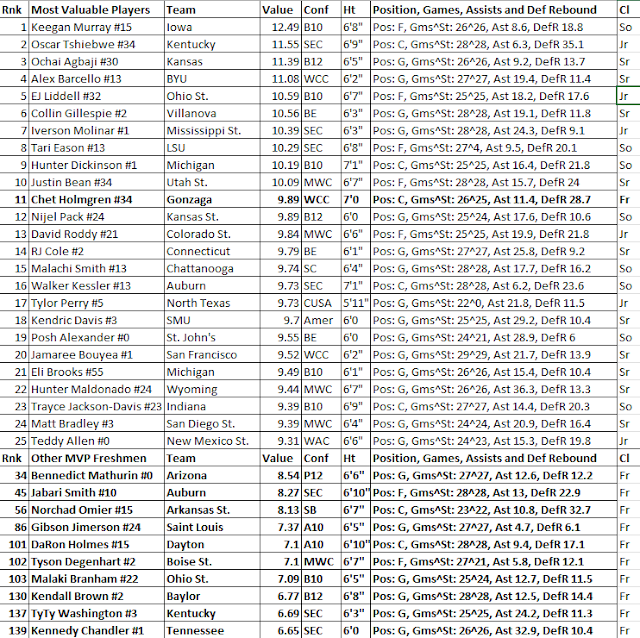