We focused on the current great season this weekend, including the story below on this CBS Site with a photo of Shaka Smart, this earlier piece on the most valuable 43 players in the country, and an update to all player rankings at www.valueaddbasketball.com. However, we capped the night by playing one of our All-Time Sweet 16 games with two historic teams whose fans might want to forget their teams getting blown out today and focus on a past championship team.

Below the photo are the results of Isiah Thomas' leading his defensive minded 1981 Indiana team against last year's champion, the 2021 Baylor squad in the Value Add Basketball Game. 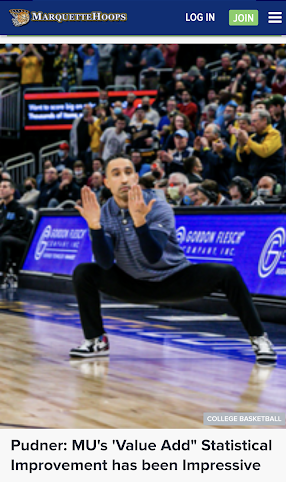 This all-time Sweet 16 game was not close, with the defensive minded Indiana team completely thwarted by Baylor's 4-guard attack that jumped to a 40-25 lead at halftime and never looked back en route to a 82-64 win.

Isiah Thomas did have a nice 17 point, 4 steal game - just above his average - but Indiana lost the turnover battle 21-14 and were crushed on the boards by the smaller Baylor team 34-25. This was mainly due to Vital grabbing 10 rebounds. Teague was MVP with 25 points, 6 rebounds and 3 steals. 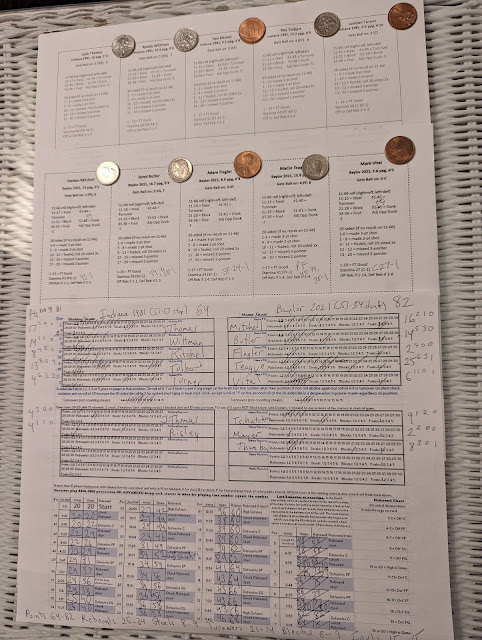 Baylor's win sets up an Elite 8 showdown between the highest two all-time ranked teams in the tournament. We now calculate the Duke 2001 team is the 5th ranked team all-time and the Baylor 2021 team is the 6th ranked all-time. The top 4 teams all played in our first all-time tournament, which was won by the 1972 UCLA team. Kansas passed UCLA in the standings by blowing out all their Big 12 opponents by huge margins. 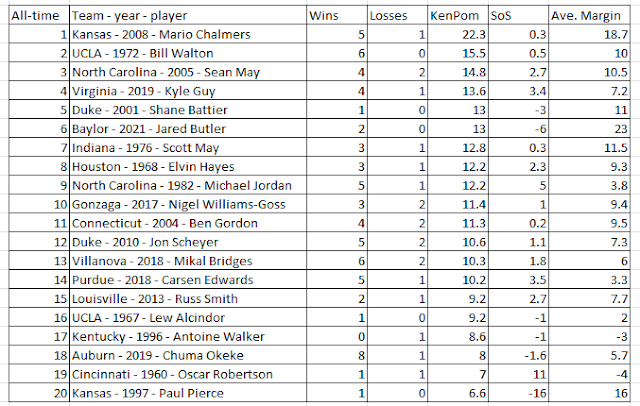 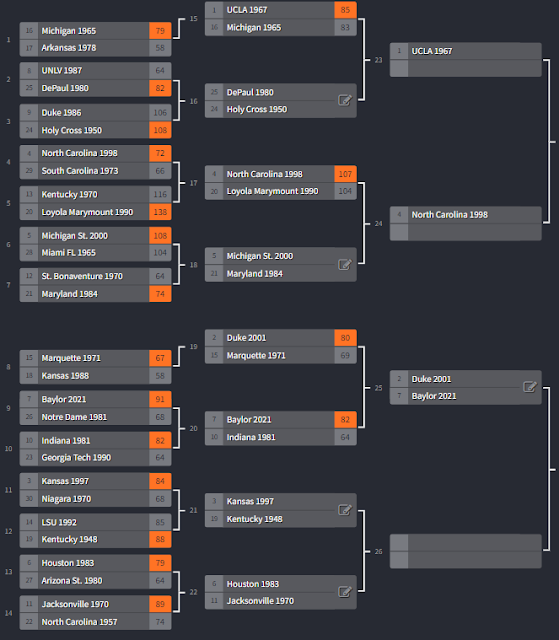