Braves Nightmare in Coors Field, where All-Star Game was Moved

This would have been a painful simulated series for a Braves fan to play.

The games were played in Colorado, the place the All-Star game was moved in real baseball due to the new election bill passed in Georgia.

The game was the first in which we did not use the card for clean-up hitter Marcell Ozuna, as we don't use players in 60-day DL and-or who appear they may not play the rest of the season, and Ozuna is facing serious domestic violence charges. 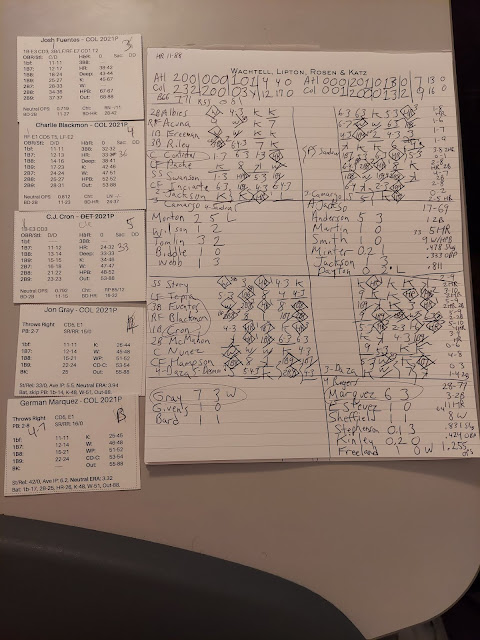