A truly great moment on family vacation was a 9 year old nephew seeing my Statis-Pro Baseball Game player cards on the counter and figuring out how to play the basic game even without instructions. (Earlier version of story incorrectly stated the age as 10, but it is 9.)

The only thing I told him wqs how the PB number if 2-12 (dice roll kr on card) determined if the pitcher kept the action on his card or if the acrion was on the opposing batter's card for the 11-88 random number.

Being a Mets fan, he wisely found deGrom's pb 2-9 card and on his own made a line-up for the Mets and Indians, and since he is used to 6 inning little league games played q game with deGrom winning 1-0. Some may recall recently when deGrom looked like he was throwing against Little Leaguers when throwing 101 mph past Single A players in a rehab.

His 12 year old brother then found the Astros to see how the little guy Altuve (admittedly now with tarnished reputation) would play, and he hit a homer in the 4-0 win over the Diamondbacks.

Nice to start to pull in the next generation. 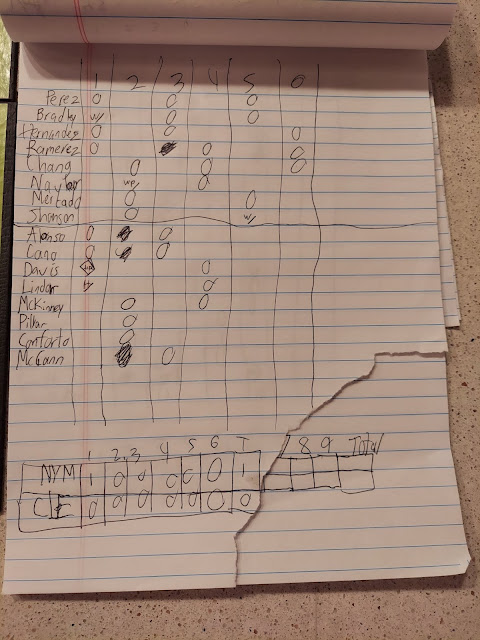 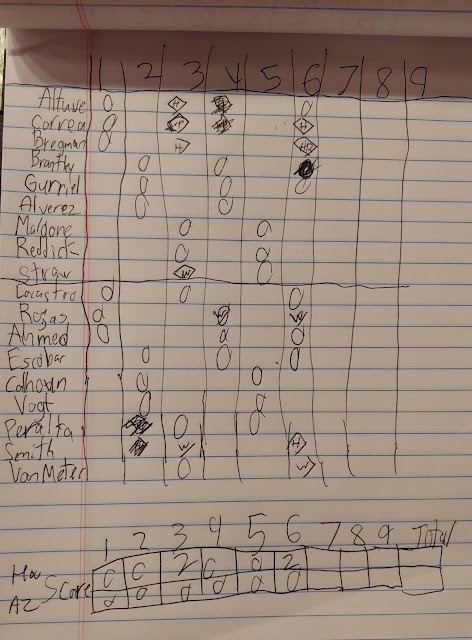 Posted by JohnPudner at 6:38 AM