Our second most popular post ever is how to play Statis-Pro baseball. All you need is five dice (two 8-sided of different colors, a 20-sided, and two 6-sided), these free instructions , and then player cards. To get you started, you can bring out images of each teams cards starting with these Yankees and Dodgers cards and how to play the game, and then players for all 30 teams on this google sheet or the following links:


We provide these cards for free, 1) so you can try out the game, and 2) so that if a new player joins the roster you can find a projected card. The game is more accurate, fun and easy to play if you proceed to purchase:

1. The basic cards, which add features such as left-handed pitching vs. right-handed pitching etc. The only weakness in this cards is the Clutch Defense ratings, so we suggest you use our cards in this blog to replace the ratings on those cards.

2. The advanced cards lead to an incredibly accurate game. If you purchase them, the only suggested use for the player sheets below is for new players who did not have a 2019 card, or had fringe card with just a few at bats.
.
We feature the two most popular - and two of the favorites for this season - on top with the Yankees and Dodgers rosters. The game flow is simple - the two 6-sided dice give you a roll of 2-12 first used to see if the pitcher controls the action on his card (in Gerrit Cole's case below, he controls on rolls of 2-9 while a roll of 10, 11 or 12 ends up on the opposing Dodgers hitting card). 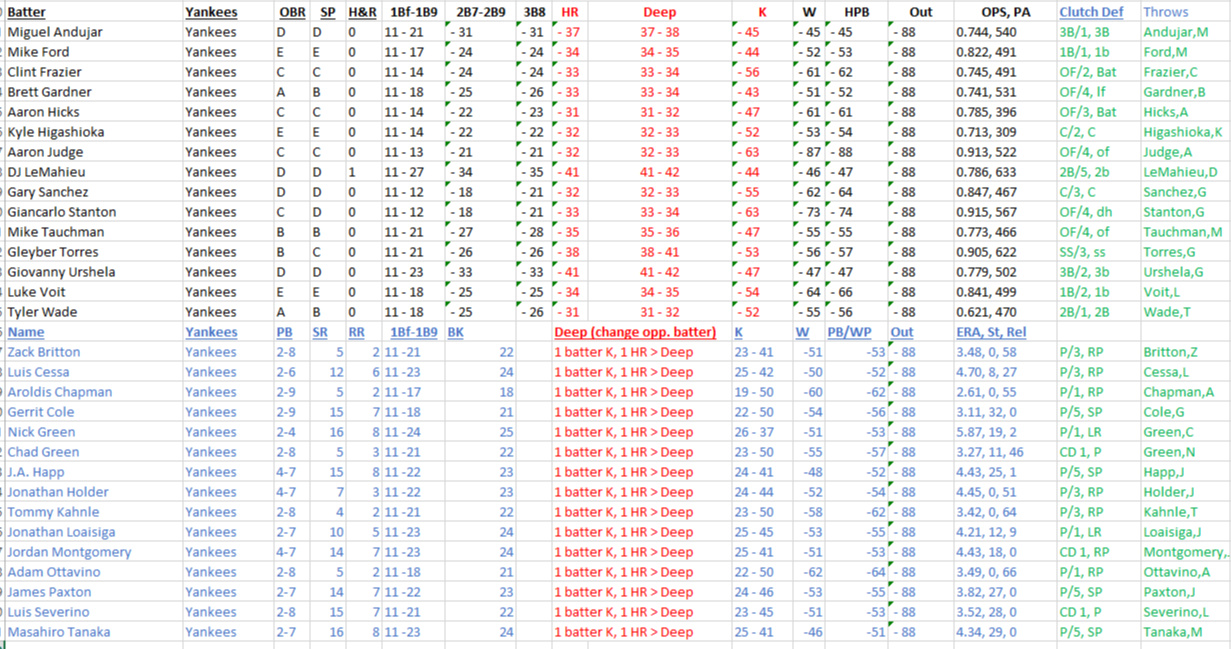 ·         In our Statis-Pro season, due to season injury we will not use the card for NEW YORK YANKEES Luis Severino, P

Notes on Yankees cards: Powerful line-up, combined with a rare 2-9 starter in Gerrit Cole over from Yankees, and others above average except for No. 4 starter Happ average (4-7). What sets them apart in the best bullpen in baseball with elite closer in Chapman (2-9), and 2-8s in lefty Britton, Kahnle, long reliever Green.

We added ranges in red for an optional ballpark factors which can give extra homers to a batter in a hitter's park if Colorado is at home, or save a pitcher by turning a would be home run into a deep fly out if San Francisco is at home. For our results so far, you can also click on the AL West, AL East, AL Central, NL East, NL Central, though our official NL season is all captured here.  but this blog is mainly provided to give you the option of playing your own games. 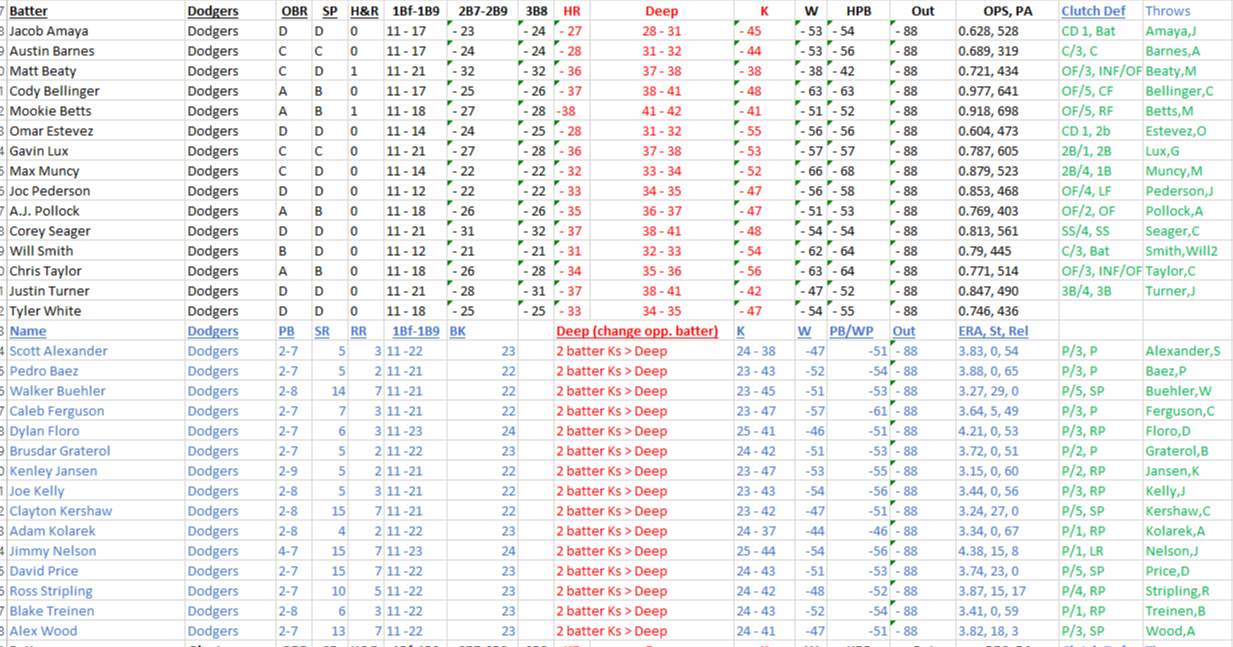 Insanely good line-up with Mookie Betts added. Starting rotation also very strong with two 2-8 starting pitchers (Kershaw and Buehler) and two very good 2-7 starters. Relievers should be much stronger this year with projected 2-8 for Kolarek, Kelly and Treinen over from A's.and then Jansen an elite 2-9.

If you have a new player on a team (or when a pitcher comes up to hit) you can use the chart below for a temporary card. Just use the projected OPS for the batter (or for pitchers at bat, career OPS if he has at least 50 at bats) and for a pitcher use his projected ERA. Assume most NL pitchers have an OPS of .200, and AL pitchers or NL relief pitchers have an OPS of .150 and use this chart.

On Card: Key to Batters Card

On Card: Key to Pitchers Card

We provide score sheets for all 30 teams with our suggested line-ups. The following are the sheets  for the 2-game series we played in our league between the Yankees and Astros. 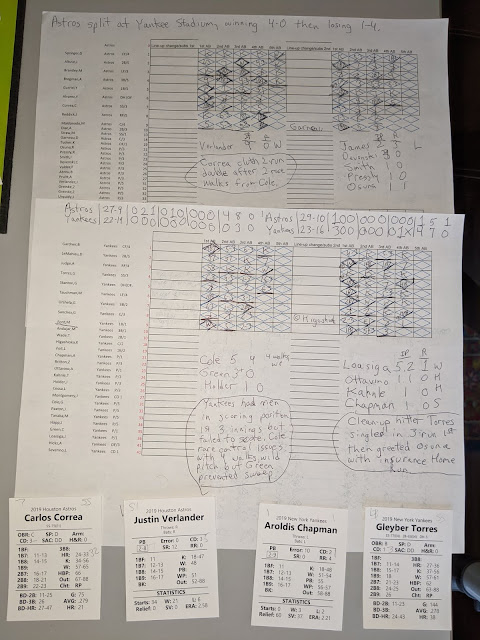 Posted by JohnPudner at 8:08 PM