With  Major League  Baseball hoping that play an 82-game schedule, this blog covers the results of our NL East games using Statis-pro cards for current rosters. These cards and rosters simulate the projected hitting, pitching and fielding for each player on a 2020 team (including rookies and new stars from Japan and Cuba).

These might be previews of an upcoming 82-game season or if MLB is unable to play it might become a "what-if" blog like our 2020 March Madness. You can also click on the AL West, AL East, AL Central, NL Central or NL West. We use ballpark factors. 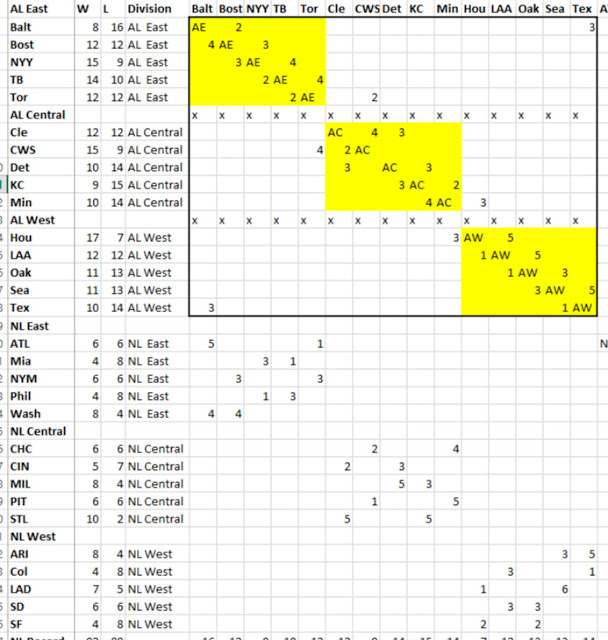 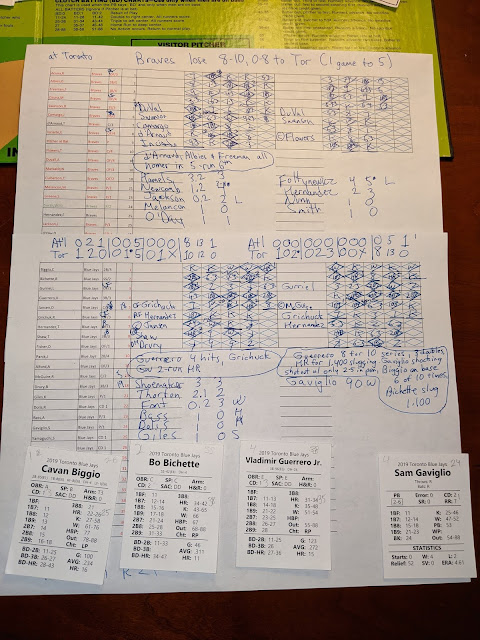 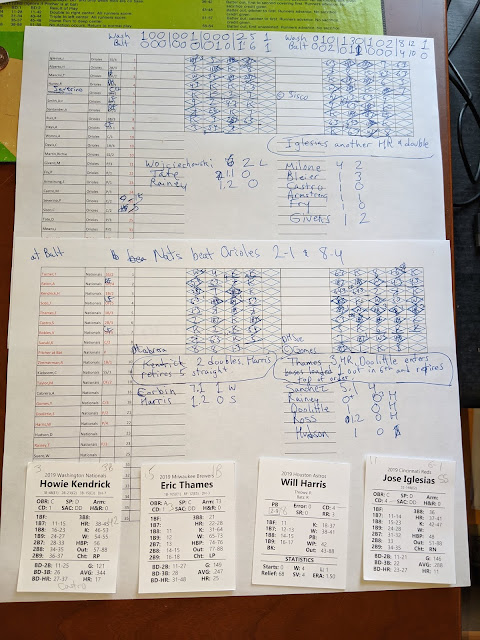 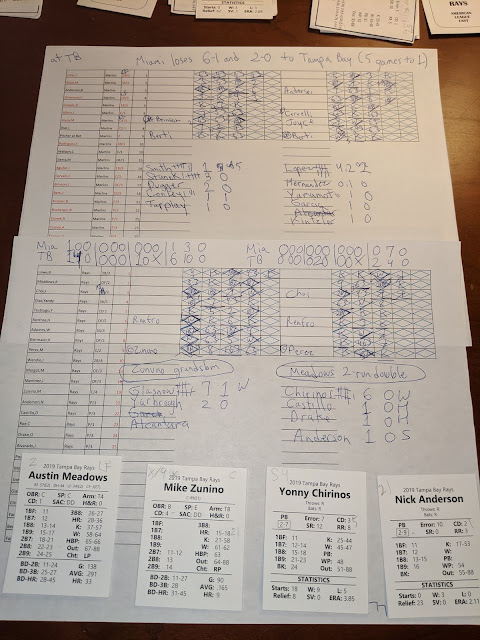 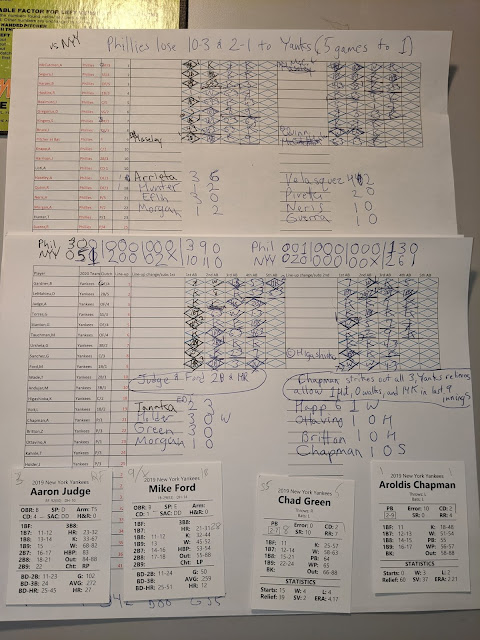 NY Mets won 6-3 at Boston won 7-3 (series split 3-3). Red Sox might fall back toward .500 with key players lost (Betts, Price) and Mets pen looks like it finally really should have a great year - but so far both stayed right at .500 for the year. 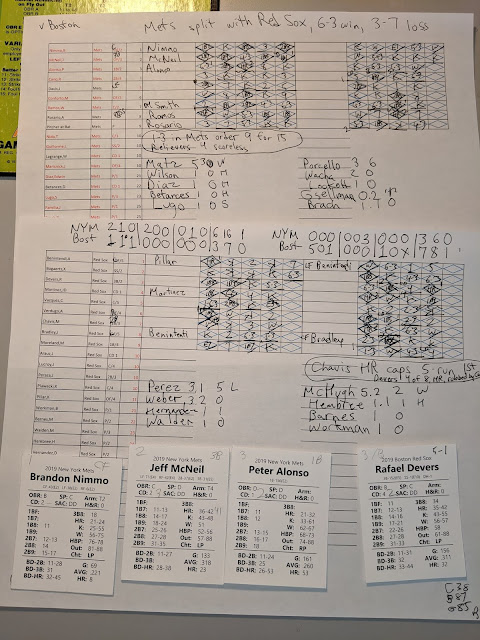 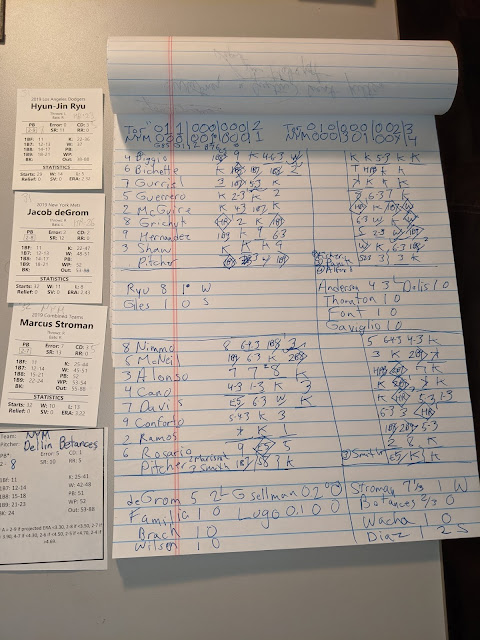 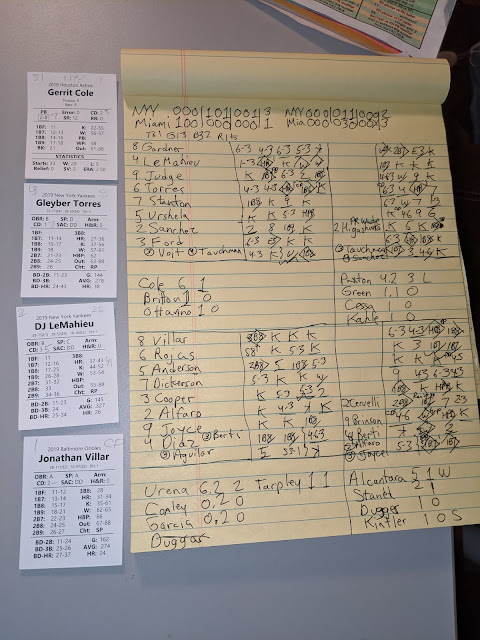 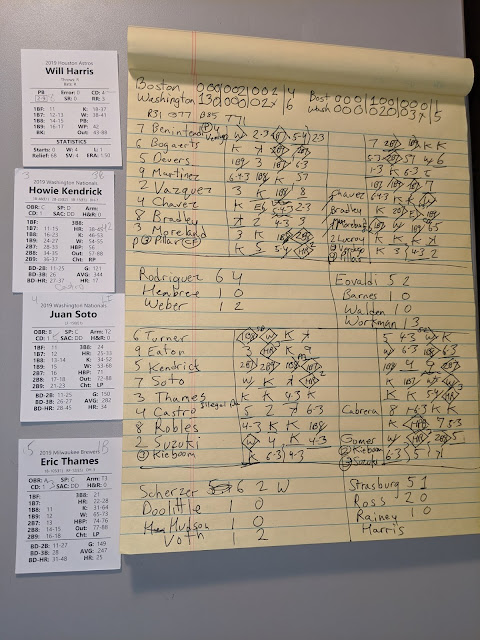 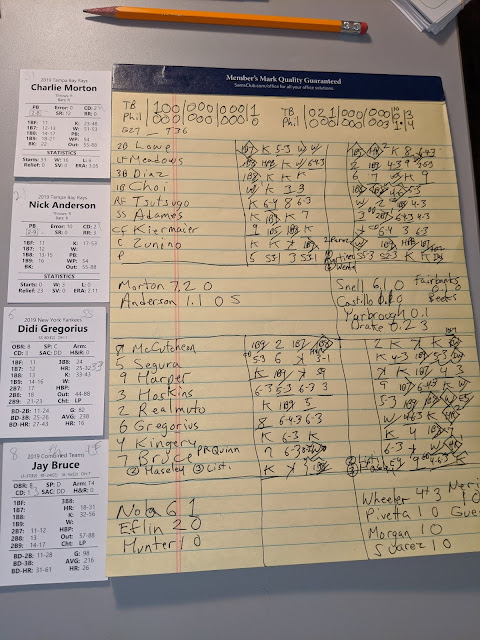 Posted by JohnPudner at 4:13 PM