Is My School in March Madness? Alphabetical Answer

It was great to see Shaka Smart at the helm of Marquette in the Big East Tournament, but as my CBS 247 story notes, the end result was Marquette's Madison Square Garden "House of Horrors" Extends to 4th Year.

However, for casual fans who might ask, "Is my school in the tournament?" the following provides a cheat sheet. For example, if you go to Marquette below in the alphabetical list you will see the following: 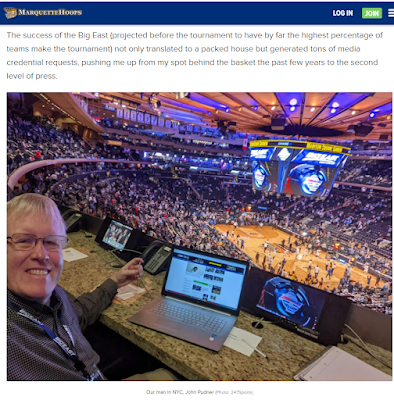 Posted by JohnPudner at 8:00 PM