The Value Add Basketball Game (VABG) utilizes the four dice above (8-sided, two 6-sided, 20-sided) to simulate games between great college teams using player cards like the Kentucky 2012 vs. Kansas 2008 cards below. The following are the 5 steps to play the game, but we start with Step 5 - Rebounds, because while you just need to review Steps 1 to 4 once, you need to keep Step 5 visible during the game. (Update, 20th Century's 48 great teams will be added soon to the 21st Century's 48 great teams.) 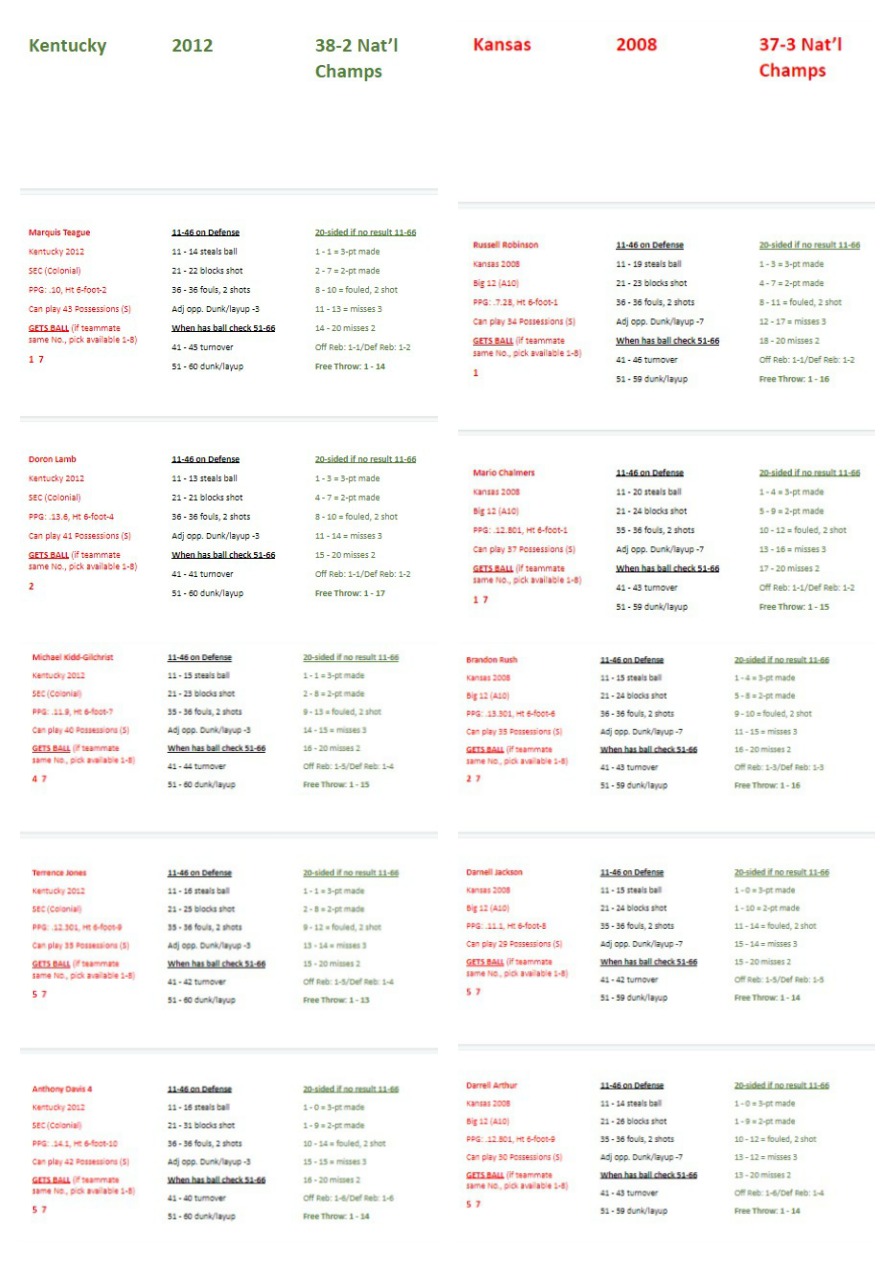 Click on each part of the scoresheet below to keep track of your game. Instructions for listing your line-ups and setting up to start the game are listed after the scoreboard. Click on the top and bottom image below and print in order to get a full sized score sheet for your game. 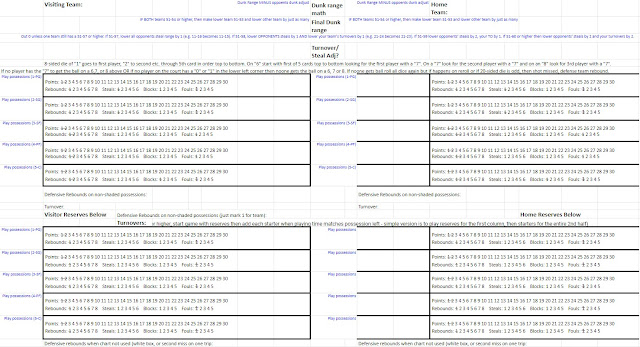 Explanation. A game typically lasts about 70 possessions, but even in the most lopsided match-up the two teams will play even on about one-third of all possessions. For speed of play, those possessions are accounted for at the beginning of the game, balancing out to a 20-20 tie during about 25 possessions. While that is slightly below the average one point per possession, the rest of the game is calibrated so that in an even match-up each team will score slightly more than a point per possession to determine the outcome. Playing out the final 44 possessions only allows games to be played in 30 to 40 minutes, with accurate overall results and chances of upsets.


All four dice are rolled at the same time for each team possession, however they are read in this order.

Once you determine which player has the ball based on the 8-sided die, look at the two 6-sided dice to get a reading of 11-66 and find it in a range below (we list higher numbers first, then go back to 11-36.

If nothing happens on the roll of 11-66, or if it results in a foul, then read the 20-sided die for one of the results below.


Step 4 - Optional Use of Advanced Strategies 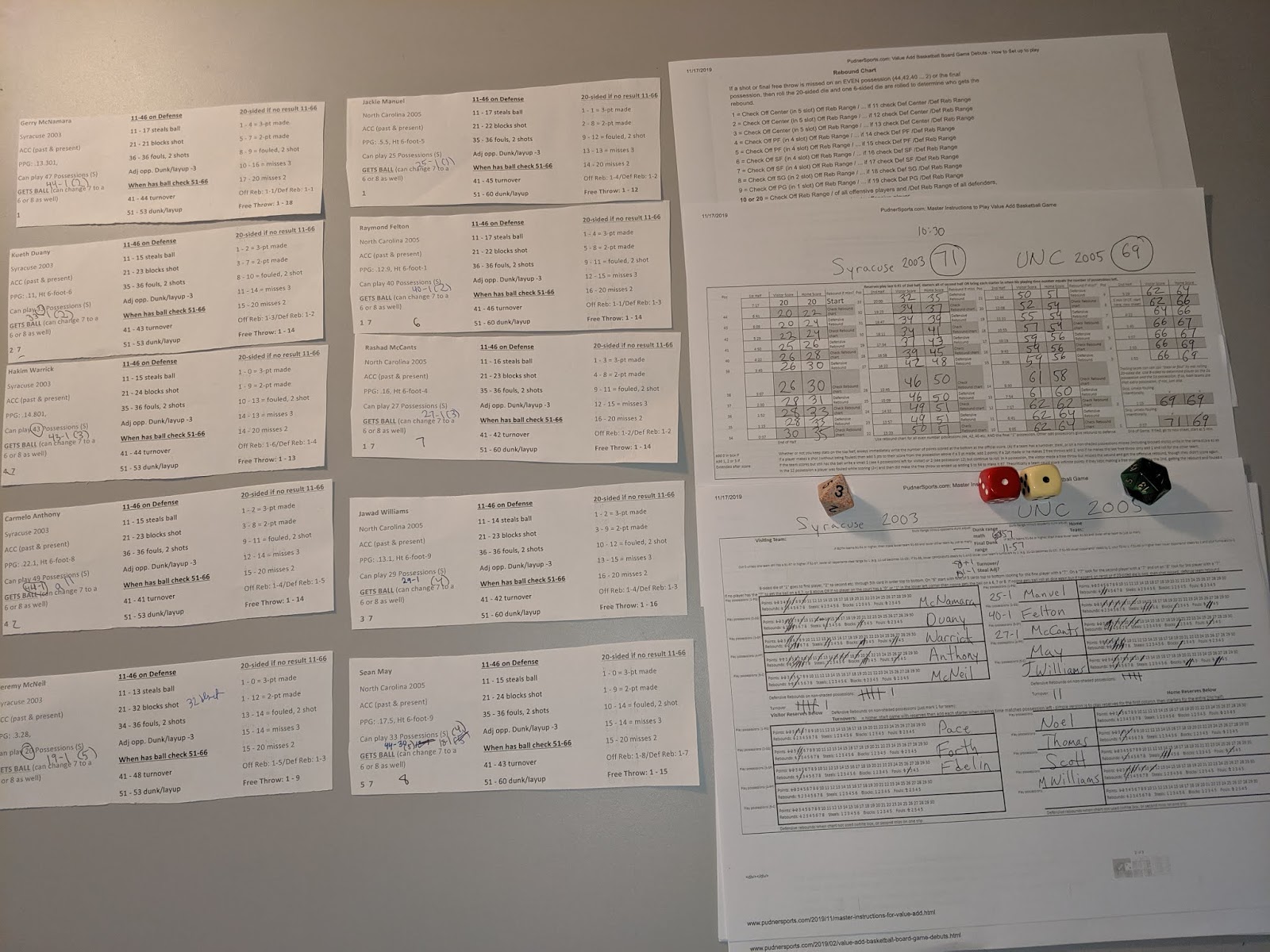