Our next Value Add Basketball Match-up featured perhaps the best Illinois team ever, the 1989 squad that played at an incredibly fast pace to score more than 100 points in eight games, and Loyola Marymount's 1990 squad that played at the fastest pace ever and averaged 122 points per game, and was ranked as the 48th greatest team in history.

With our new front page showing which pages to print for each team, you would enter pages 41 and 62 as listed for this game, then you can see in the preview you picked the teams you wanted before printing.

And if you don't know the story click on the video. Hank Gathers lead the country in rebounding, then in his last season scored 48 against Shaq, then died on the court a few games later. His best friend from childhood and teammate Bo Kimble still lead the team to a stunning Elite 8 run, leaving this "what if" game to wonder if they would have won it all with him on the court.

One thing you note in the preview screen is that when Illinois plays you add 4 possessions, and when Loyola Marymount games have an extra 26 possessions, so adding those together you play 74 possessions instead of the normal 44 possessions so you need almost an entire extra scoresheet to play this game. As the 41st and 42nd ranked all-time teams in the game they are also the two highest ranked teams to have not yet played three games, as we work through from top to bottom to try to get every team up to three games played.

Keep in mind the 74 possessions we will play in this game indicates that we estimate a total of 96 possessions would have been played if the two teams could really play - because every Value Add Basketball Game starts with the assumption that 22 possessions have been played with the score at 20-20 when we actually roll the dice (or draw the card) for the first time in the game). 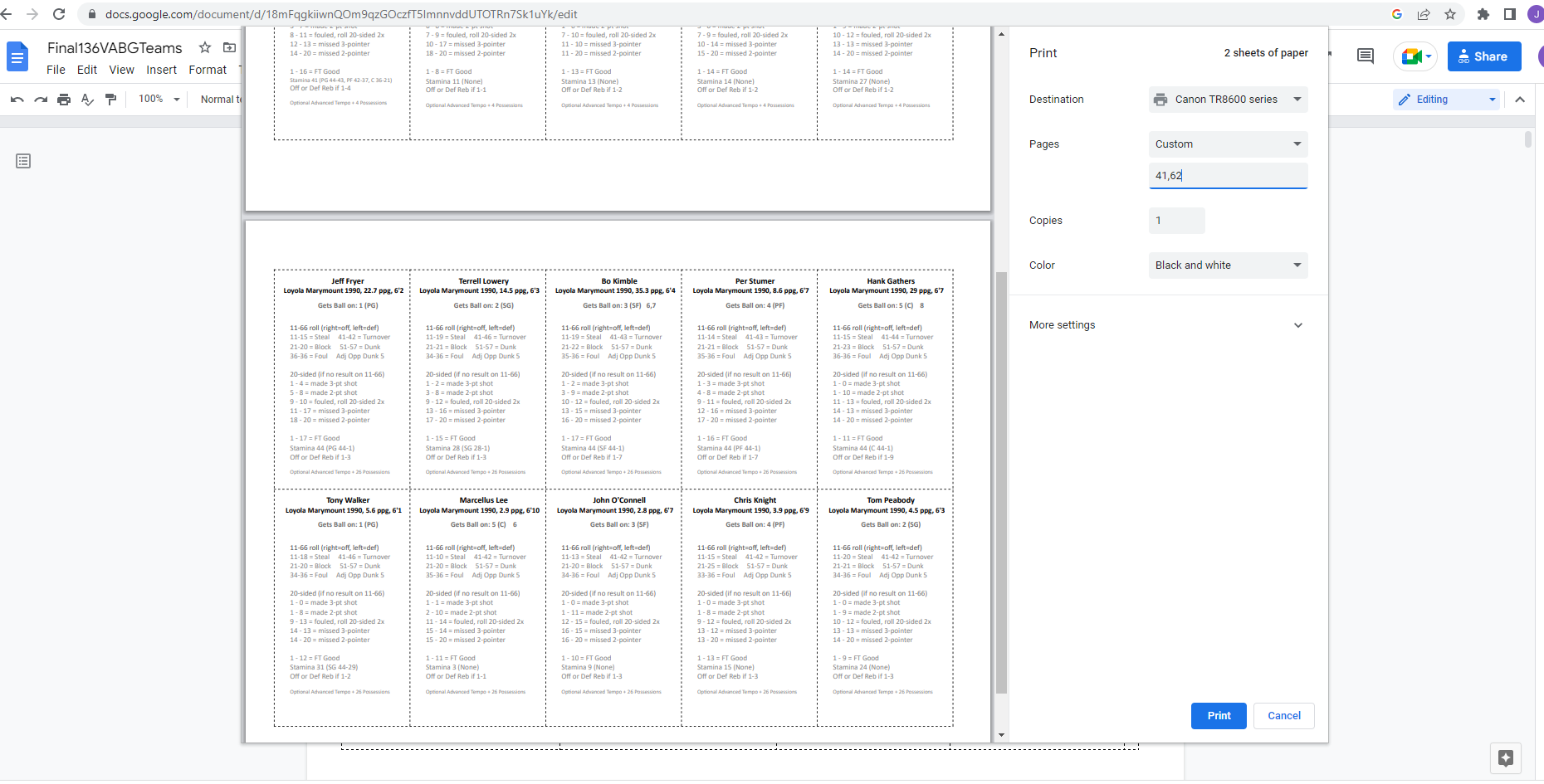 Game results will be added.

Posted by JohnPudner at 7:59 PM