You can find all current and likely 2019 Major League players and their Statis-Pro projected cards used to play Statis-Pro updated as of the All-Star break. Our Power Ratings indicate the Yankees and Dodgers are the strongest two teams in the game, so to play them against each other just click on the two images below. You could start a game with Aaron Judge (top line, Yankees, black type indicates position players) batting against Clayton Kershaw on the Dodgers team below (starting pitchers in blue, relievers in red).

You can literally play a Dodgers-Yankees game with those dice and the teams below, but you can also look at these instructions to add fielding, speed and any other aspects of the game. We track our ongoing NL season here, where the Dodgers have the best record at 23-13. My friend is playing the AL this year and said his biggest problem is figuring out how to fit stars into the line-up. 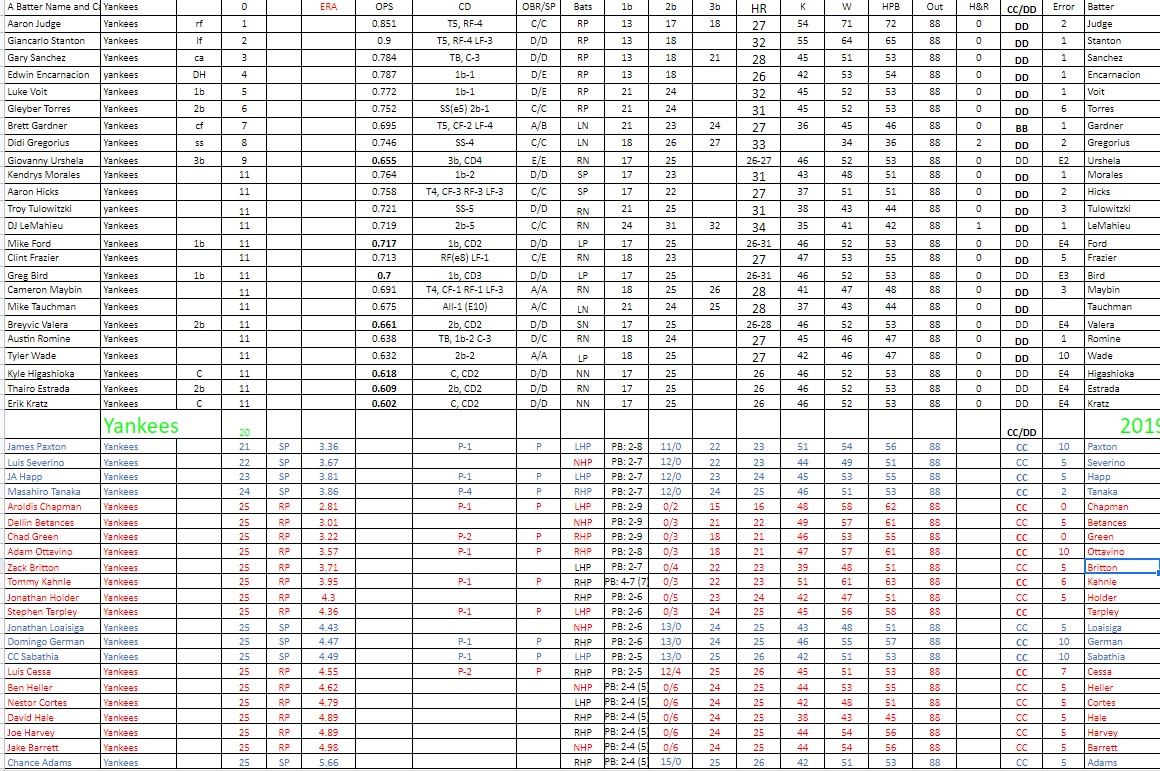 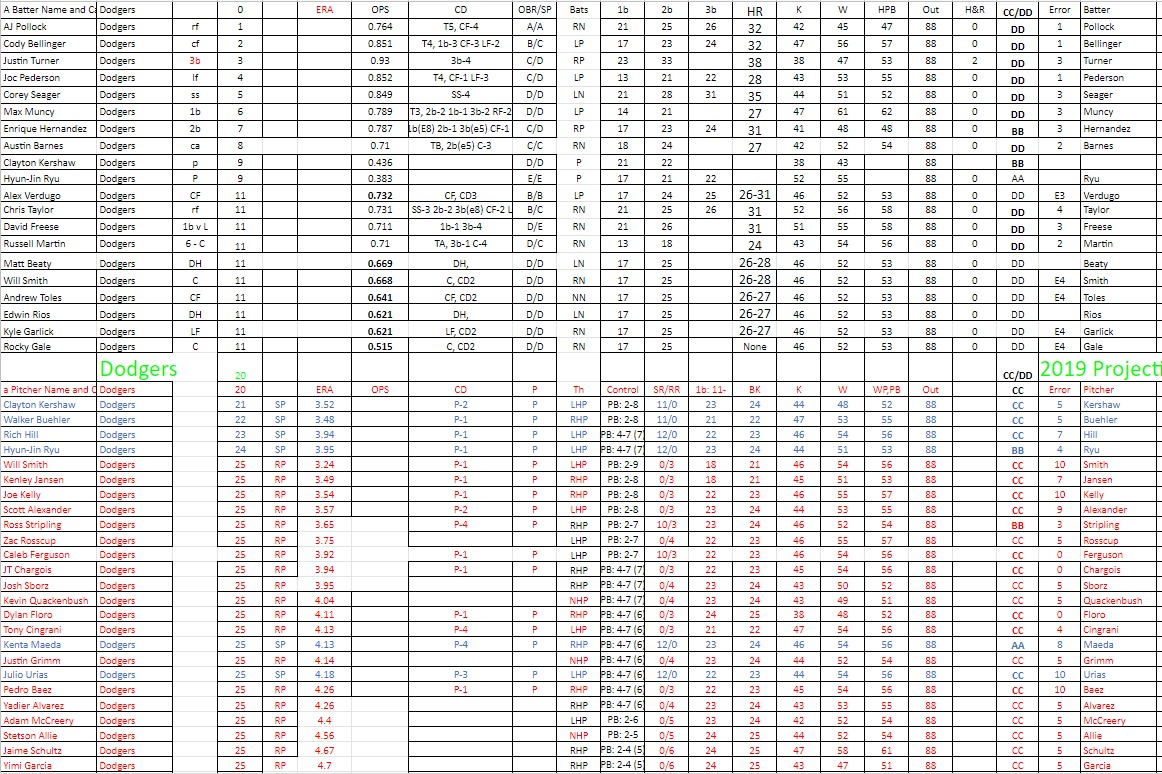 This does not play NEARLY as fun as using a set of cards from last season, but I keep the projection page up for when you are looking for a player who is missing, or suddenly have a player in a new stadium (e.g. Coors). The projections were all park neutral before the season started. (July 3 we updated all rosters with projections for any missing players, so the rosters are complete with suggested lineups and pitching rotations).

Comparing all 30 rosters took some time, so for the hundreds of new players I did not actually produce new cards yet. Rather I set up a very basic card that could be used for a batter with an OPS closest to .800, .750, .700, .650, .600 and then just listed steals to give you an idea of whether you should give him a triple in place of his highest double, and take a stab at OBR/SP. Basically sorted each team's actual roster plus DLs by OPS and then by ERA. The yellow means I do not have a card for them but wanted to at least show were they might fit in the line-up.

I am sure I will produce a batch of cards for new players just to fill in gaps, but after putting hours into getting all rosters on one sheet and clearing out the junk, I wanted to get this down and resume playing.

Here is the blog tracking the standings in my game - the Braves are leading the NL East and Cubs the NL Central.
Posted by JohnPudner at 12:37 AM